The Israeli blockade on Gaza has weakened the territory’s medical infrastructure. 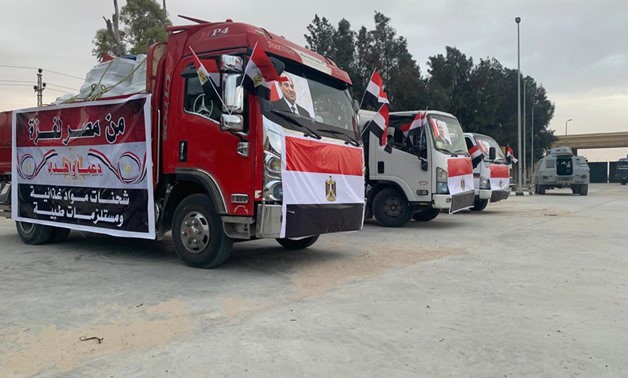 The Red Crescent is an international humanitarian movement providing medical aid and services in the Muslim world. The NGO is aligned with the Red Cross.

The Rafah Crossing Administration confirmed the arrival of three Egyptian trucks loaded with food and medical assistance in Gaza and authorities examined, sterilized and handled the aid in accordance with safety procedures.

The Ministry of Health in the Gaza Strip announced seven new cases of the coronavirus on March 25, bringing the total number of confirmed infections in the Strip to nine.

The new cases “had mixed with the previous two cases,” spokesman for the Ministry of Health Ashraf al-Qudra confirmed, adding that the new patients “were security men who were being held in the same center, and they did not leave and did not mix with anyone outside the center.”

The Palestinian Ministry of Health in the Gaza Strip appealed for $23 million on March 26 to tackle the coronavirus outbreak in the territory.

Israel has imposed a siege on Gaza’s population of more than two million people since Hamas emerged victorious in the 2006 legislative elections. The blockade was tightened in the following year as Hamas claimed control over the Gaza Strip and has severely weakened the territory’s medical infrastructure.