Egypt has made full use of internet censorship rules to charge two female social media stars for debauchery and inciting immorality. 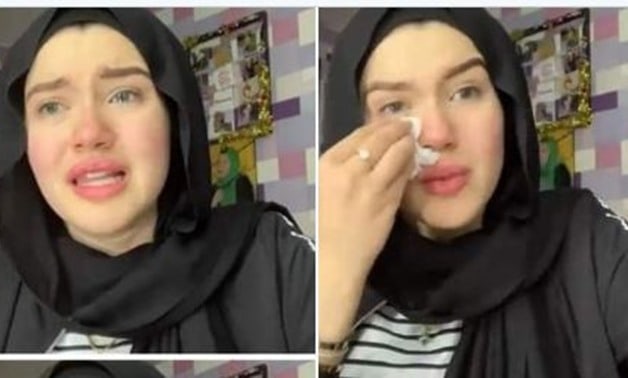 Belly dancer al-Masry is currently serving a four-day stint in jail while prosecutors investigate complaints regarding “disgraceful” videos and pictures she posted on the internet. After her arrest on April 27, Al-Masry strongly denied posting the viral content, saying it could have come from a phone stolen in June 2019 or may be part of a campaign against her, motivated by her political views.

In 2015, the outspoken al-Masry was sentenced to six months in jail and fined $635 for criticizing pro-government voices through her ‘feloul’ TV channel. Controversial female TV host Reham Saheed, who has had a very public feud with rival Al-Masry, said she was behind one of the complaints that led to the debauchery and immorality investigation.

TikTok and Instagram star Hossam found herself in hot-water after encouraging her followers to post videos in exchange for money on April 21, a common business model for the new profession of ‘influencers’ that have emerged thanks primarily to social media. Critics and Egyptian security authorities instead likened the video, where she offered women over the age of 18 up to $3000 in exchange for live streaming themselves, to prostitution.

The Cairo University student who has around one million TikTok followers is now serving 15 days detention after being arrested for “inciting debauchery,” and faces expulsion from her faculty.

“This video went viral and some TV hosts and YouTubers started to incite against her, saying she wants to hire young Egyptian women as ‘digital sex workers,’ which is illegal and goes against the so-called public moralities,” Egyptian feminist Ghadeer Ahmed explained in a tweet.

“[These laws] condemn people for their behavior that may not conform to imagined social standards for how to be a ‘good citizen’ and a respectful woman,” she said in defense of Hossam and el-Masry.

The prominent Egyptian women’s rights defender also claimed the charges were part of a concerted cyberbullying campaign against 20-year old Hossam and just another example of Egypt’s government using archaic laws to “reassure their control” at “the expense of women.”

The women’s arrests have been welcomed by conservatives like parliamentarian John Taalat.

“Because of a lack of surveillance some people are exploiting these apps in a manner that violates public morals and Egypt’s customs and traditions,” Taalat said on Facebook.

He and a number of fellow lawmakers have petitioned Prime Minister Mostafa Madbouly to further increase social media surveillance to prevent women from posting “unethical” and “inappropriate” content. Egypt already has draconian cyber-crime laws that give the government free reign to censor the internet, communication apps, and media regulators to block social media accounts.