Displaced Syrians are slowly returning to war-ravaged Aleppo and Idlib Province as a ceasefire holds and coronavirus fears grow. 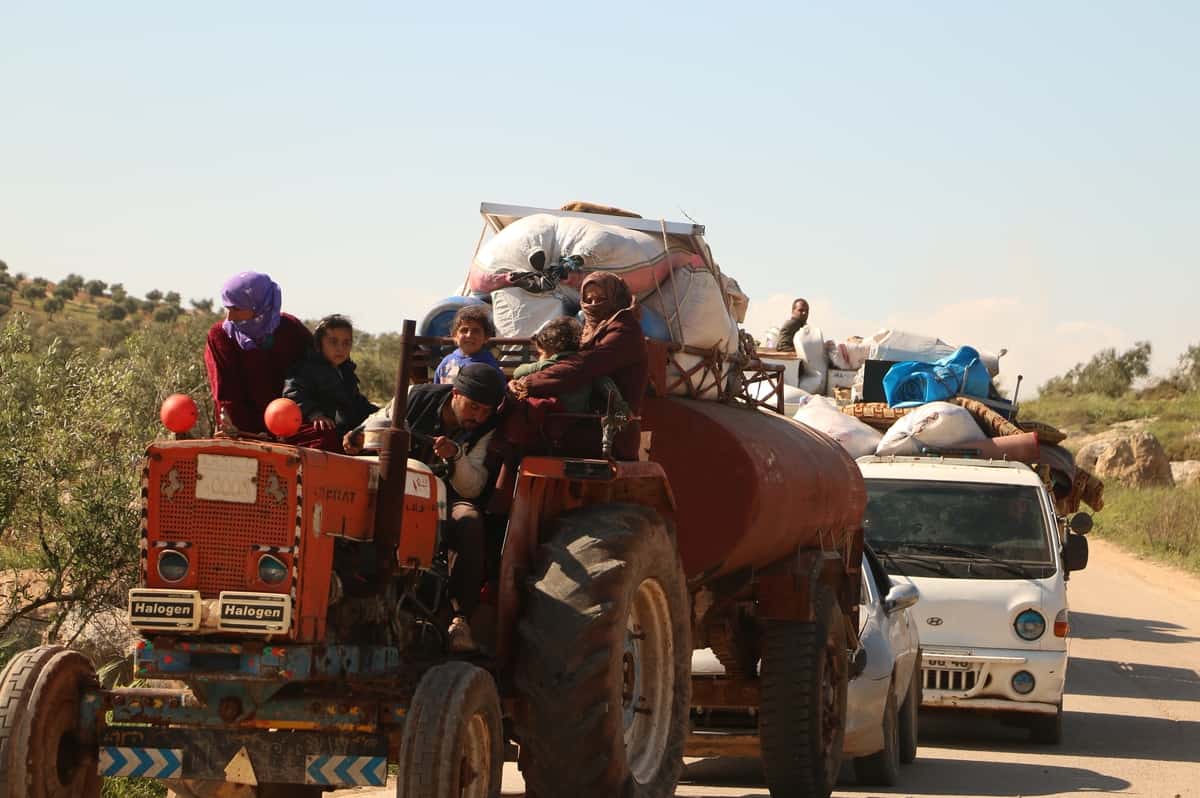 A tenuous ceasefire and the spread of the novel coronavirus are drawing Syrians who fled intense fighting in Aleppo and Idlib Province back to their homes along the rubble-strewn streets of cities such as Ariha.

Over 1 million displaced Syrians face a harrowing “Catch-22:” Stay in overcrowded camps where they might face an extremely high risk of contracting COVID-19 or returning to a potentially bombed-out home and hoping the ceasefire holds.

On Thursday, the Syrian Response Coordination Group NGO issued an update on the situation, asking civilians returning to be vigilant and humanitarian organizations to help restore basic services for homecomers.

“The number of returnees until the date of April 16, 2020, after the ceasefire in the region, reached more than 119,583 people distributed over the countryside of Aleppo and Idlib within the villages and towns far from the areas of contact with the Syrian regime forces,” Syrian Response Coordination Group said in a statement shared via Twitter.

According to the NGO’s figures, some 920,000 residents of Aleppo and Idlib remain displaced after fleeing the Syrian government’s Russian-backed, year-long campaign to oust Islamic State militants from their northwestern stronghold.

Many have spent the intervening months huddled in cramped conditions in rambling displaced persons camps on the country’s northwestern border.

Lines of small trucks topped with mattresses and furniture have been photographed returning to Idlib over the past week. The homes of many returning have been completely destroyed, but their fear of contracting COVID-19 in overcrowded camps is motivating their return nonetheless, said Hassan Khraiby, who has returned to Ariha.

The 45-year-old father of 10 told AFP, “we decided to come home — even if our homes have been destroyed.”

“We were scared the coronavirus might spread because of the severe overcrowding,” Kraiby explained.

Fellow Idlib residents like Abu Abdo, also 45 years old, are tempted to return to the countryside by clean air and open spaces, in spite of the potential security risks.

“Our lives go from danger to danger as we flee from bombing, the regime, and conflict, to overcrowding and coronavirus,” he told Reuters after returning to his village in Idlib with his seven children.

“Here it’s agricultural land and the air is clean and there’s no congestion, but it’s still a dangerous area,” he conceded.

It remains to be seen how many more will follow the likes of Khraiby and Abdo in returning to the Northwest, if the ceasefire will continue, and how the coronavirus outbreak in Syria will play out.