Despite Passing of Historic Stimulus, Markets Slide at COVID-19 News

The US has confirmed over 100,000 novel coronavirus cases, and markets are waiting for good news on the medical front. 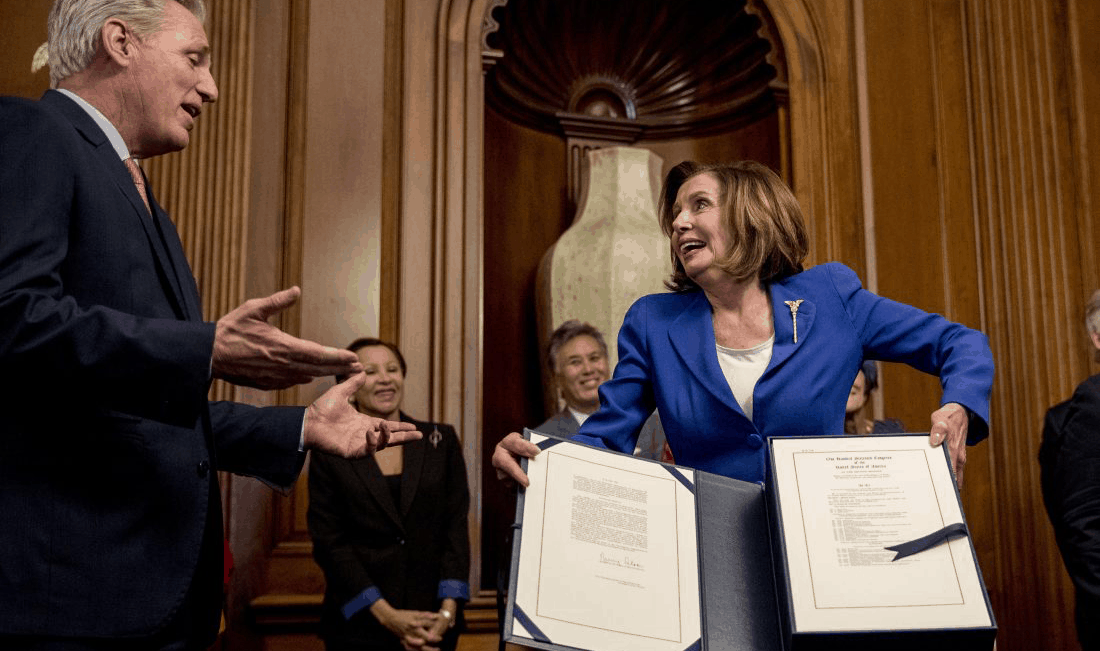 Republican and Democratic lawmakers expressed relief yesterday, March 27, as a historic stimulus bill passed into law. Democratic Speaker of the House Nancy Pelosi smiled as lawmakers posed for pictures with the signed document.

US President Donald Trump saw the moment as such a victory that he used the occasion to make a dig at his political opponents, not inviting Pelosi to the bill’s signing, The Hill reports.

As these politicians have their coffee on Saturday, March 28, their sense of achievement may be unraveling. The stimulus bill’s main purpose is to support American citizens and businesses, and to keep markets positive. Alarming numbers on the growth of the country’s COVID-19 outbreak threatened any sense of victory.

The United States officially became the country worst-hit by the pandemic on Friday, March 27, with 85,435 recorded cases. This number has since grown to 104,837, with figures expected to rise significantly in the coming weeks.

“It’s a proud moment for all of us,” Senate majority leader Mitch McConell said on Friday, but after a three day historic rally in the markets, the Dow Jones fell by 915.39 points and the S&P 500 lost 3.4%. Even with this week’s rally, markets are still down more than 20% from February’s peak.

A change in focus

Wayne Wicker, chief investment officer at Vantagepoint Investment Advisers said, “Now that the fiscal policy is in place and the Treasury has done what they need to do, the attention will turn back to the health crisis.”

At least 10% of the funds issued on Friday will go to fighting the outbreak, and many questions remain about the US healthcare system’s ability to cope with the pandemic. The US government is publicly focused on supporting its economy, and now that trillions have been marshaled to support its struggling citizens, businesses, and banks, the focus may shift to public health.

US President Donald Trump is counting on public-private partnerships to achieve success. Trump announced on March 27 that he has made agreements with several US manufacturers of ventilators, but only General Motors was engaged in producing the critical equipment. The BBC reports that Trump invoked the recently-activated Defense Production Act to force the company into action. The uniquely private sector-oriented approach in the US is focused on returning the country’s economy to business-to-usual.

The approach’s success or failure will be seen in the following weeks as markets react to increasing numbers of confirmed cases.