COVID-19: Harsh Measures to Quell the Pandemic Across MENA Region

Countries across the Middle East and North Africa are going into lockdown, closing borders, public spaces, and schools as governments desperately try to quell the novel coronavirus (COVID-19) pandemic. 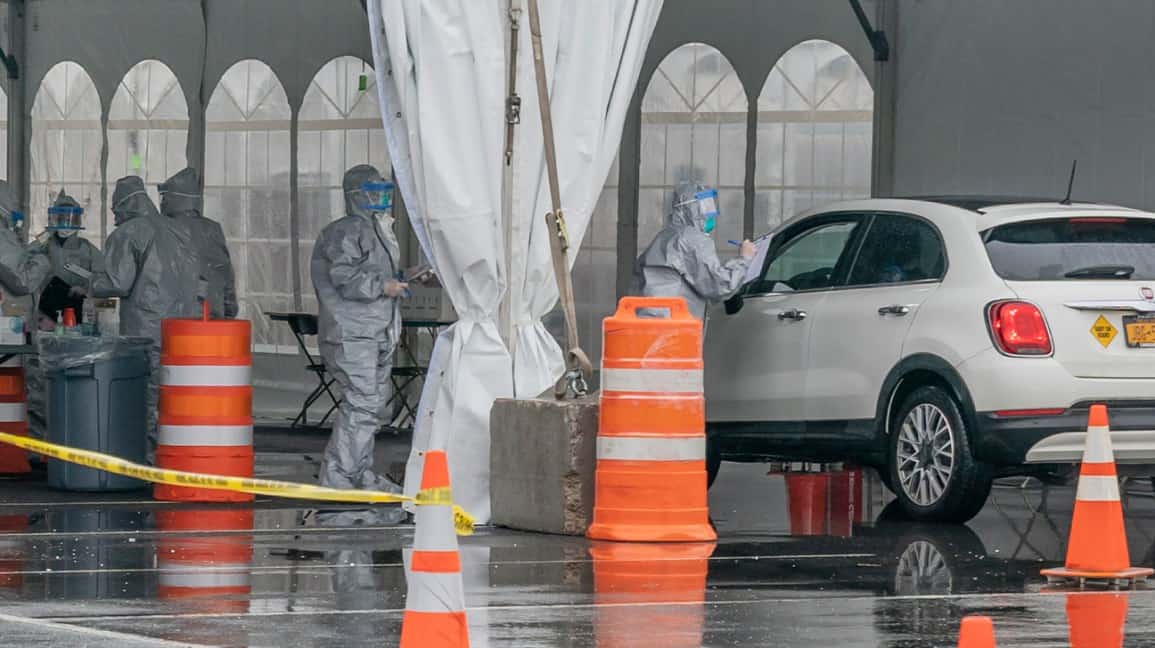 The number of cases outside of China has exceeded those reported inside China. Globally, more than 174,000 cases have been confirmed.

The COVID-19 death toll exceeds 6,700—but more than 77,600 people have now recovered from the disease worldwide.

Global markets have been hard hit, recording significant losses as fear grows worldwide and an end to the pandemic seems far off. Wall Street halted trading for 15 minutes after the market dropped 8% upon opening.

Nations are now grappling with how to handle the outbreak as well as rising public panic and its catastrophic economic consequences. A number of MENA countries so far have imposed harsh measures, more in line with those put in place in China and South Korea, to protect their countries from the pandemic.

Bahrain reported the first coronavirus death in the Gulf today. The patient, a 65-year old Bahraini man, suffered from underlying health conditions. In total, the GCC has recorded approximately 1,000 cases of coronavirus.

The grip of the shutdown is tightening in many countries. International flights are suspended, land and sea borders have been closed, along with public gatherings and non-essential businesses in order to delay the spread of COVID-19.

Outside of government measures, campaigns encouraging citizens to self-quarantine have taken off across social media.

In the Gulf, social media users are posting “We are all home for the sake of…” followed by the relevant country and national flag. In Morocco Twitter and Instagram are alight with the hashtags #ilovemorocco (#jaimelemaroc in French), #istayathome (#jerestalamaison in French).

On Sunday, Morocco joined Saudi Arabia and Kuwait in closing its borders and suspending all international flights. As a result, thousands of tourists are reportedly stranded in Morocco with no clear answers about when they may be able to leave.

Algeria has suspended “air and sea travel to and from European countries,” the prime minister’s office said on Monday. The move will be accompanied by a repatriation plan from the affected countries, the office added.

Egyptian Prime Mostafa Madbouly announced air traffic would stop on Thursday, March 19, until March 31 but reassured tourists they could complete their vacations. He said hotels will be sanitized during the flight shutdown and discouraged people from panic buying, reassuring Egyptians the country has enough commodities to last months.

Jordan will halt all “all flights into and out of the kingdom”  from Tuesday, March 17, until further notice, said Prime Minister Omar al-Razzaz. “All land and sea crossings and airports are closed except for cargo,” he added.

The UN estimates half a billion children are not able to attend school as governments in 56 countries have imposed nationwide school shutdowns because of coronavirus. The public closures are, however, extending to include restaurants, bars, and entertainment venues. Governments are also considering closing down non-essential services and businesses.

From Monday, March 16, Morocco has closed all mosques, cafes, theaters, sports and public clubs, hammams, and entertainment venues. Markets and shops selling essentials are exempt, as are restaurants who offer delivery, the Interior Ministry’s statement said. Public gatherings of 50 people or more have also been banned and the government is rolling out a disinfection program of public transport and spaces.

The Western Wall is to become a kiss-free zone as Israel steps up its anti-virus measures. “Do not kiss the Western Wall stones,” Rabbi Shmuel Rabinowitz told Jews, encouraging believers to practice social distancing and good hygiene practices.

Dubai’s lounges, pubs, and bars, including those within restaurants, are to be deserted until the end of March following the latest government circular ordering their closure. The UAE is also saying 125,000 people have now been tested for coronavirus there, a rate of 13,000 per million. There are 98 confirmed cases in the UAE with 23 reported recoveries.

Turkey has taken a similar stance, ordering the closure of all bars, discos, and nightclubs nationwide starting on Monday, March 16, for an indefinite period. Schools and universities are already closed in Turkey.

Lebanon has entered a two-week shutdown, with people urged to stay home and the airport set to close on Wednesday. Land and seaports will also be closed for two weeks.

“The next two weeks are very important and the weather conditions may play an important role in mitigating the latest measures imposed to combat the spread of the virus,” Lebanese Health Minister Hamad Hassan said on March 16. “The Social Affairs Ministry has stepped forward and will receive aid in order to distribute it to people in need amid the coronavirus crisis.”

Over the weekend, Syrian President Bashar Al-Assad announced the country’s parliamentary elections, scheduled for April 13,  would be postponed.

There are widespread reports of panic buying, beginning with hand sanitizer, soap, and toilet paper.

Images circulating on social media now show the dry goods shelves of Moroccan retailer Marjane, for example, have been ransacked. Local authorities say they are closely monitoring the situation and have promised to crack down on speculation.

Such behavior has prompted many governments across the region to reassure citizens they have sufficient commodity stocks to last the coming months.

Jordan’s Prime Minister and the Director of Aqaba Industry and Trade, Ibrahim Al-Hawamdeh, assured citizens that the country has adequate provisions and commodities that continue to arrive as normal.

Countries across the Middle East and North Africa are going into lockdown, closing borders, public spaces, and schools as governments desperately try to quell the novel coronavirus (COVID-19) pandemic.

like hypermarket chains Lulu Group and Al Maya Group have tried to stem the surge in panic buying with similar assurances.

“All our supermarkets have plenty of stocks. I visited a few stores to take stock of the situation. We are very well prepared,” said Al Maya Group Director Kamal Vachani.

“We have basic essentials, groceries, FMCG products including sanitizers. There is no cause of concern. There is no shortage of any items.”