COVID-19 Found in Crew of Kuwait Ship Docked in Australia

Australian health authorities have identified a COVID-19 cluster among the crew onboard a Kuwaiti cargo ship that had special permission to dock in Australia. 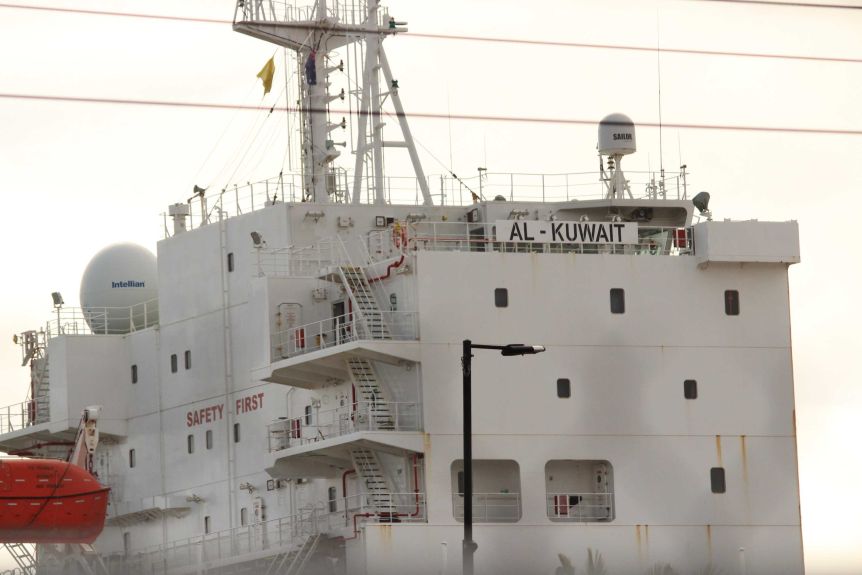 Six of the 48 crew on board the “Al Kuwait” cargo ship have tested positive for COVID-19 since arriving in the West Australian port of Fremantle on Friday, May 22. At least one Australian port worker entered the boat upon its arrival and is now in coronavirus isolation.

The “Al Kuwait” left the UAE on May 7. On May 20, the livestock carrier received  permission from Australia’s Federal Department of Agriculture and Border Force to dock, despite the captain reporting four crew members had high temperatures.

The West Australian (WA) Premier, Mark McGowan, fronted a press conference today during which he called the situation “extremely concerning,” adding that he expects more crew members will test positive in the coming days.

“This morning, seven crew members were tested for COVID-19,” McGowan said. “Six have tested positive, all males, and are being moved off the ship to a Perth hotel for quarantine purposes.”

No crew members left the ship and only one Australian port worker wearing personal protective equipment came into contact with the boat. Its arrival has nevertheless caused a spat between state and federal authorities who are scrambling to understand how it was allowed into Australia, a country lauded for its efficient handling of the COVID-19 crisis.

McGowan raised questions over why the “Al Kuwait” entered his state, saying the reports of elevated temperatures among the crew members should have raised red flags. The WA government has requested further information on why the livestock carrier was allowed to dock from the Department of Agriculture and Border Force.

“Clearly, this is not good. We want to get to a resolution as soon as possible so that the ship is in a position to leave the port,” he said.

Federal Agriculture Minister  David Littleproud defended his department’s handling of the ship while speaking to 6PR Radio this morning. Littleproud said the Department of Agriculture only became aware that crew members had high temperature, a symptom of COVID-19, on May 22, two days after the ship received permission to dock.

“On first glance of this, the Department of Agriculture has done everything that it should have in terms of working off the information it is provided by the master of the ship, or its agent,” he said.

“On the face of it we believe that every protocol … was in line with the COVID protocols that have been put in place,” Littleproud continued.

The “Al Kuwait’s” situation is further complicated by the 56,000 live sheep in a nearby feedlot waiting to board the ship for export to the United Arab Emirates. They cannot be returned to their farms due to strict animal biosecurity quarantine measures.