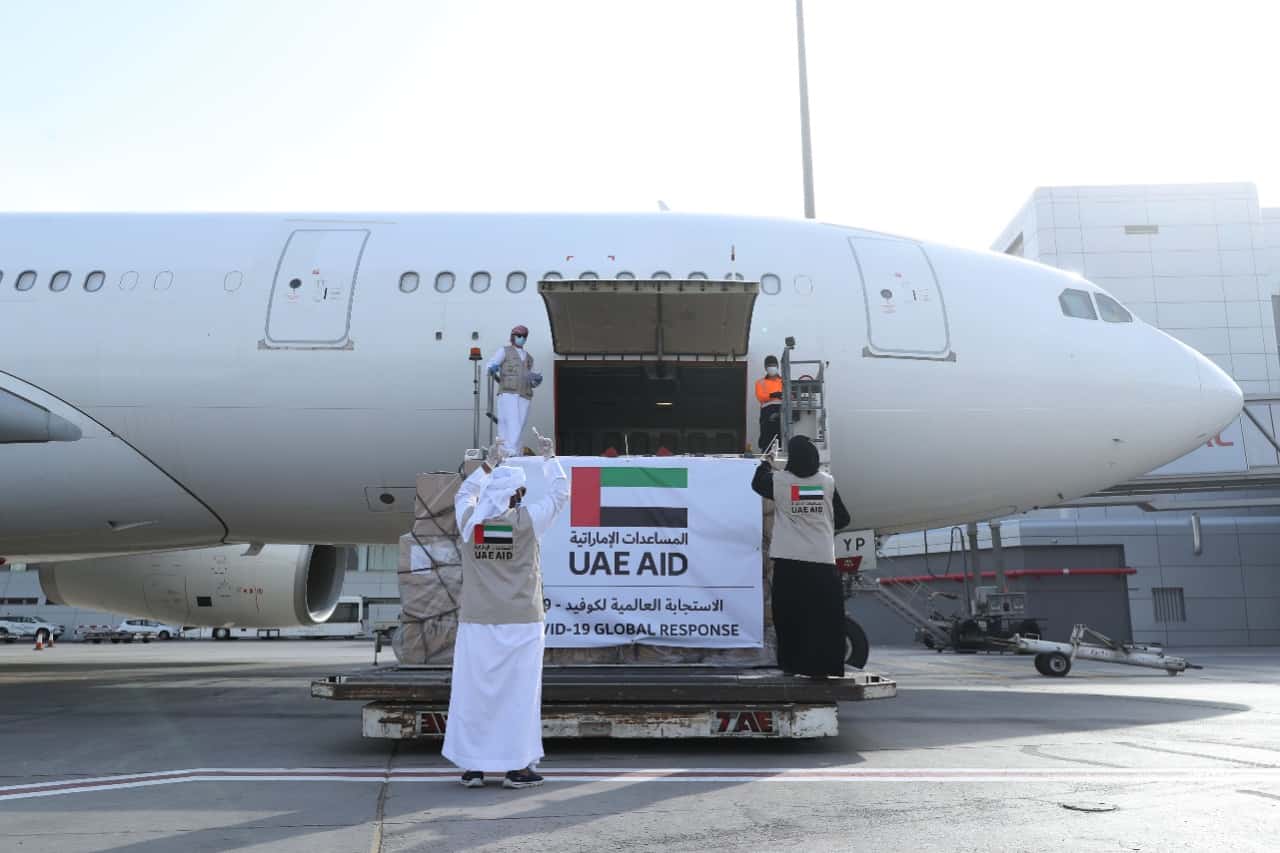 The flight is considered the first UAE-Israel direct commercial flight, and carried vital equipment such as ventilators and personal protective equipment (PPE).

The United Nations Special Coordinator for the Middle East Peace Process (UNSCO) coordinated the aid delivery. Israel does not have diplomatic relations with the United Arab Emirates or its five fellow Gulf Arab states.

Representatives from the UNSCO, the UAE, and Israel welcomed the special aid flight which will provide much-needed supplies to assist Palestine’s efforts to curb the spread of COVID-19.

“The UAE is an important partner, whose continued support for peace and for the Palestinian people at this critical time is highly valued. Global solidarity is in the interest of everyone,” said the UN’s Special Coordinator for the Middle East Peace Process, Nickolay Mladenov, in an official statement.

“Today we are facing the most challenging crisis since the Second World War. We can get through it only by working together,” Mladenov stressed.

The UAE’s Ambassador to the UN, Lana Zaki Nusseibeh, thanked UNSCO for arranging the aid flight, also noting that COVID-19 is a shared crisis.

“This is an international crisis that requires an international response. The UAE is grateful to UNSCO for facilitating the UAE’s support for the Palestinian people, and for the UN’s tireless efforts to coordinate and assist the global fight against the pandemic.”

The UAE is a major donor to the Palestinian people, and has given more than $828.2 million since 2013 to support various projects and initiatives in the occupied zones.

Israel’s Permanent Representative to the UN, Ambassador Danny Danon, took to Twitter to express his excitement at what the flight could mean for UAE-Israeli relations.

“For the first time, an Etihad cargo plane just landed at Israel’s Ben-Gurion airport! Hopefully soon, we will see passenger flights, too,” he tweeted on May 19.

“Having visited, I know the UAE is a fascinating place, and look to continue improving relations between our countries,” he added.

An Etihad spokesperson confirmed the aid-carrying cargo flight took place on Tuesday, but specified there were no passengers on board.