Regional conflicts, like those in Syria and Iraq, have generated unprecedented flows of refugees, placing serious pressure on the Jordanian economy. 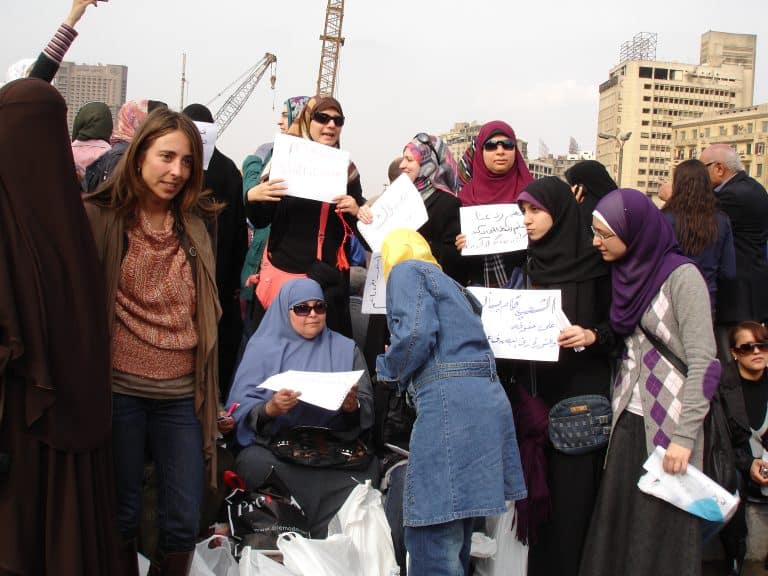 Jordan’s crippling national debt has tripled in the last decade and was estimated at $42.4 billion in 2019, equivalent to 97% of GDP. Regional conflicts, like those in Syria and Iraq, have generated unprecedented flows of refugees, placing serious pressure on the Jordanian economy.

In addition to the refugee crisis, deep structural reforms are required to address expansionist fiscal policy, high public sector expenditure, slow growth (around 2%), high youth and female unemployment, and pervasive tax evasion that are all contributing to the country’s spiraling debt.

The government has found itself in a dangerous fiscal cycle from which it seems unable to extricate itself. High government spending on public service wages and welfare are used to ensure stability and preempt civil unrest, like protests over IMF-backed austerity measures in 2018 or the Arab Spring in 2011. However, the measures only serve to add to government debt and, therefore, necessitate new austerity measures.

According to the IMF statement issued in Washington, Jordan’s structural reform agenda is “designed to improve the investment climate and reduce costs to businesses, which will make it easier to create jobs while also protecting Jordan’s poor and most vulnerable.”

Women and refugees fleeing the conflicts in neighboring countries make up the bulk of Jordan’s poor and vulnerable. Strong political, economic, and social participation from all members of society, regardless of gender, religion or ethnicity are important tools for sustainable development and promoting women’s economic empowerment is going to be a key factor in achieving the deep structural reforms required to transform Jordan’s economy.

According to the World Economic Forum Global Gender Gap Report 2020 closing the gender gap is essential economically and for society in general. The report stressed, “Gender parity has a fundamental bearing on whether or not economies and societies thrive.”

“Developing and deploying one-half of the world’s available talent has a huge bearing on the growth, competitiveness, and future-readiness of economies and businesses worldwide.”

Statistically speaking, Jordan is behind its the Middle East and North African neighbors in terms of female labor force participation and female unemployment. Female labor force participation is seriously low and female unemployment is very high. The kingdom has a long way to go to address the disparities, though the government does seem genuinely committed to reform.

Former Minister for Planning and International Cooperation Mary Kawar wrote that despite these challenges, at the governmental level, “Jordan can claim a lot of progress,” adding, “I am quite optimistic. I feel there is a great momentum”.

The gains include the creation of an Inter-Ministerial Committee for Women’s Empowerment in 2015 and the adoption of a five year  “Women’s Economic Empowerment Action Plan”  that aims to increase female labor force participation rates to 24% by 2025.

At the same time, significant amendments have been made to the Labor Law, including provisions like clear definitions on “wage discrimination,” paid paternity leave, and revised onsite child care requirements, all aimed at promoting pay equity and non-discriminatory practices between women and men in the workplace.

Despite these advances, “even in big cities, Jordanian women face difficulty finding jobs”, UN Women Jordan reports. The female labor force participation rate has remained stuck at around 14% since 2011, compared to 63% for men. It is one of the lowest rates in the region and the world, earning Jordan a rank of 138 out of 153 countries on the World Economic Forum’s Global Gender Gap Report.

In January last month, the Jordanian government’s Inter-Ministerial Committee for Women’s Empowerment convened a forum on “Economic Empowerment of Women in Jordan,” bringing together government officials, the private sector and NGO’s to develop dedicated action plans for the implementation of women’s economic empowerment commitments at the local level.

“The Jordanian government, under the directives of His Majesty King Abdullah, has adopted several procedures to increase women’s participation in the labor market,” she said.

“We hope that the conference will come up with practical recommendations for ways to increase women’s economic participation so the government can adopt them and draft legislation and strategies to complement the work of the participants,” the Minister reaffirmed.

Secretary-General of the Higher Population Council (HPC) Abla Amawi addressed the fact that women’s economic participation in Jordan has not increased despite the significant effort being exerted over the years. She stressed that equal distribution of resources for men and women in Jordan was a precondition, saying “only then will women be able to improve their lives and well-being”.

“We need to think of new and innovative ways to make the needed change to increase women’s economic participation and to be committed towards this cause,” Amawi said.

Some women’s rights activists disagree and have voiced concerns that the government is not doing enough to implement women’s economic empowerment initiatives like those discussed at the January forum, instead, leaving NGOs and the private sector to take the lead.

“These recommendations and others have been coming up for years in various lists of demand by the women’s movement and civil society organizations working in the field,” said Sahar Aloul, executive team member of Sadaqa, an NGO that aims to increase women’s economic participation in Jordan.

“There are many efforts being exerted on the ground by the women’s movement and all that is left is for the government to jump on board,” Aloul told The Jordan Times.

The Economic and Social Council’s annual “State of the Country” report, released in January, took a different track, doubling down on the cultural issues holding Jordanian women back. It called for a re-examination of school textbooks as they continue to reinforce the “traditional and stereotypical role of women in society by depicting them as weak housewives in need of male guardians,” in need of guidance, and unproductive on a community level.

CEO of Jordan Education for Employment and women’s rights activist Ghadeer Khuffash agrees “the main obstacles for women to access the labor market are rooted in culture”, that is perpetuated by the education system. A system where paradoxically, education attainment among Jordanian women is high.

UN Women Jordan cites social pressures and objections from family members as one of the five main reasons it has identified that stop Jordanian women working outside of the home. Others include childcare and other household responsibilities, lack of transport, low wages and unattractive employment opportunities and women unsafe or unfriendly workplaces

“Many still believe that women don’t belong in the workplace… I want to work on changing the stereotype, so women can enjoy more fulfilling lives,” said Raghad Khaled, a recent graduate of a Call Centre and Customer Service Training program provided by Education for Employment (EFE-Jordan), in partnership with UN Women.

Khaled’s thoughts echo recent comments by Ivanka Trump given during her keynote speech at the Global Women’s Forum Dubai 2020 where she said gender equality not only equates to more money but greater fulfillment.

“In the Middle East and North Africa, on average women have only half of the legal rights of men. In this region alone, women’s economic equality has the potential to add $600bn to global annual GDP by 2025,” said the US President’s advisor on women’s education and economic empowerment.

“This number represents far more than an economic boom. It represents millions of lives full of promise, mothers who could provide for their children, daughters who could be the first to graduate high school and young women who could start businesses and become job creators,” said Trump.

The government, civil society and public sector all recognize the need for increased female economic participation in Jordan and are actively working towards a more inclusive future, for the benefit of women, the economy and society as a whole.

Jordanian women have the potential to be great drivers of growth but, the country’s economy faces such complex structural challenges. Women’s economic empowerment is not a viable short term solution, but Jordanian authorities should keep up their commitments as it will surely pay dividends in the long run.