On the back of US Women’s Global Prosperity and Development Initiative's first anniversary, Ivanka Trump uses keynote speech at the Global Women’s Forum Dubai 2020 to praise the Middle East and North African countries for women’s empowerment efforts. 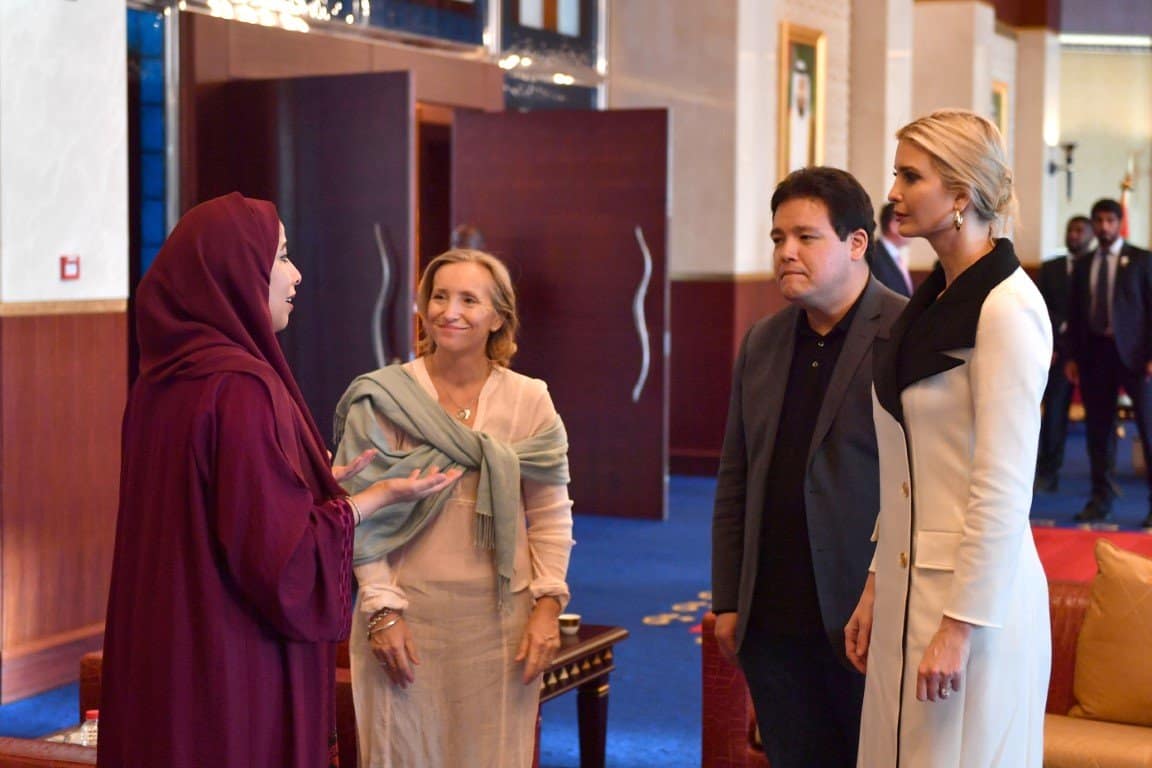 Ivanka Trump, Advisor to the President of the United States congratulated close US allies Saudi Arabia and the UAE for their “significant reforms” aimed at empowering women. She also singled out Bahrain, Jordan, Morocco, and Tunisia for their efforts to advance women’s rights, encouragingly saying “progress builds upon progress.”

Her comments, especially when she mentioned Saudi Arabia, drew hearty applause from the crowd. Despite reforms relaxing Saudi’s male guardianship laws and lifting the ban on women driving, women’s rights campaigners remain behind bars, unable to enjoy the freedom they’ve fought to obtain.

Trump was not all praise though, reminding the crowd that across the region, women on average still have only half the legal rights of men. Citing the UAE as an example, she said more work needs to be done to ensure an equal and flourishing environment for women.

“Last year more than 70 percent of university graduates in the UAE were women. It’s incredible. Yet only 10 percent of the UAE’s national income is derived from women and we know that is only going to grow and flourish in the years ahead,” Trump added.

Since her father came to office and elevated her to the role of a White House Advisor, Ivanka Trump has tried to use her power and influence for good by spearheading women’s empowerment initiatives. The 38-year-old mother of three’s flagship project is the Women’s Global Development and Prosperity (W-GDP) Initiative, launched by the White House in February 2019.

In a Twitter video posted during her Dubai visit, Trump talked about the success of the W-GDP and Women Entrepreneurs Finance Initiative (We-Fi) that has catalyzed over $2.6 billion in investment. Saudi Arabia, UAE, and the US were among fourteen early supporters who provided the initial funds for We-Fi.

“W-GDP has ambitious goals of reaching 50 million women in the developing world by 2025 but we’re going to reach and exceed that goal. In just the first year of the initiative…we’ve already reached 12 million women,” Trump revealed in the video.

Jordan, Bahrain, and Tunisia, who Trump commended in Dubai, are notable omissions from the W-GDP Annual Report 2019-2020 released just a week before the Dubai conference. The report briefly mentions “significant progress seen over the past year in countries like Saudi Arabia” and the UAE’s improved score in the World Bank’s 2020 Women, Business and the Law Report.

Morocco, on the other hand, is mentioned multiple times, and commended for its “important and bold reforms.” “Two of the most significant milestones of the W-GDP Initiative have been the Governments of Cote d’Ivoire and Morocco each amending laws in order to promote women’s economic empowerment by enhancing women’s property and land rights, respectively,” the report stated.

Moroccan women have been campaigning for 10 years for law changes that will grant them equal rights to communal-lands they inherit.

Changing the laws and cultural norms that prohibit women from fully and freely participating in the economy is one of three pillars of the W-GDP, alongside promoting women entrepreneurs, and advancing women’s job training and vocational education.

The program has been highly successful to date, and now efforts are being made to have it written into US law. Before flying to Dubai, Ivanka Trump announced, “we will be introducing bipartisan legislation in the Senate to promote the empowerment, development, and prosperity of women globally, aptly named the W-GDP Act.”

The legislation would enshrine women’s economic empowerment as a core tenet of US Foreign Policy and pave the way for the establishment of a dedicated Office of Women’s Empowerment led by an Ambassador-at-Large. The move would ensure continuity of the program, which has thus far been beneficial for countries in the Middle East and North Africa.