The recently-arrived Chinese Ambassador to Israel, Du Wei, was found dead of a suspected heart attack in his coastal home on Sunday. 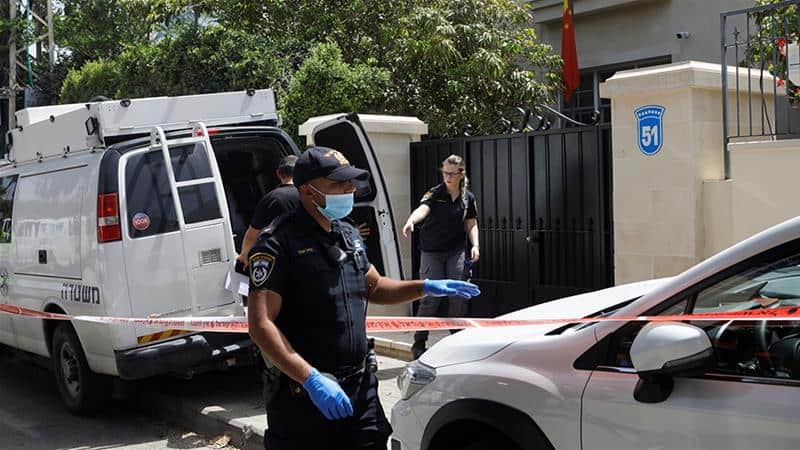 China’s new Ambassador to Israel Du Wei died at his residence in the coastal Tel Aviv suburb of Herzliya where police are currently on the scene, Israel’s Foreign Ministry said today.

Aides found Du Wei unresponsive in his bed this morning, May 17, according to police spokesman Micky Rosenfield. Israeli police are investigating his death but based on initial reports it is believed he suffered from a heart attack during his sleep.

The 58-year-old career diplomat arrived in Israel on February 15 and had not yet been joined by his wife and son due to the COVID-19 crisis. A native of Shandong province, Du Wei previously served as China’s envoy to Ukraine.

Foreign Ministry Director-General Yuval Rotem expressed his condolences to deputy ambassador Dai Yuming and said Israel would “help the Chinese embassy with anything they may need along the way.”

Du Wei made headlines this week when he rejected US Secretary of State Mike Pompeo’s criticism of Chinese investment in Israel and their handling of the coronavirus pandemic during a visit to Jerusalem.

China, the country where the virus originated and the pandemic was allowed to spread, has refused to share information to help the world respond to the COVID-19 pandemic.

The Ambassador responded to Pompeo’s “absurd comments” through an op-ed in popular English-language daily the Jerusalem Post under the ironic headline of “the real antidote to the epidemic is not segregation, but rather cooperation,” given China’s lack of transparency on the issue.

Du Wei used the column to “put the record straight” in regard to Pompeo’s claims that “the origin of Coronavirus is China”, that “China hid the information of COVID-19” and that “China’s investments are threats.”

China and Israel have a friendly diplomatic relationship, and Israel is currently the beneficiary of a number of Chinese-funded infrastructure projects under its “Belt and Road” international aid initiative.