Protests in the restive Tunisian city of Tataouine that started out peacefully on Sunday have descended into violence for a second day. 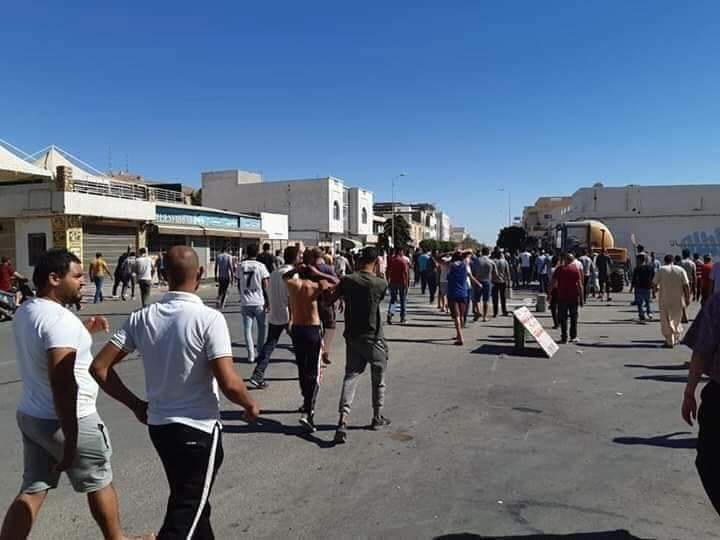 Police used tear gas on Sunday to disperse residents in the restive Tunisian city of Tataouine protesting their leader’s detention and the region’s high unemployment rate. Demonstrators formed a sit-in protest camp at El Kamour, outside Tataouine, two months ago to demand the jobs in the oil and gas sector the government promised them in 2017.

Over the past two months, after three years of empty promises, residents of Tataouine demanding more job and economic development opportunities have been staging peaceful demonstrations. On Saturday night, security forces raided the El Kamour sit-in and arrested movement spokesperson Tarek Haddad and other members, who were released on Sunday morning.

With Haddad still in detention, El Kamour sit-in members took to the streets on Sunday morning calling for his release, protesting the use of force during the Saturday raid and lags in regional economic development. Protestors threw stones at law enforcement officers, blockaded roads with burning tires, and allegedly threw Molotov cocktails at the district police station.

They called for authorities to release the activists and criticized the police’s overzealous response, warning “they would be forced to resort to other, more severe forms of struggle” if their demands are not met.

UGTT Secretary General Noureddine Taboubi echoed the URT demands, and urged the government to enter into “a peaceful and responsible dialogue with a view to finding a way out and giving hope to unemployed youth.”

As requested, the House of People’s Representatives Bureau confirmed they discussed the situation in Tataouine during their Monday afternoon meeting. The energy minister has also agreed to a meeting in Tataouine on June 23, Tataouine District Governor Adel Werghi said on June 22.

The Tunisia Press Agency (TAP) reports eight security officers were injured on Sunday. Werghi has defended the police response, saying the intervention was “carried out in accordance with the law.”

Despite having oil, gas, and underground water reserves, the economy in Tataouine remains primarily agriculture-based. After a 2017 sit-in in El Kamour, the UGTT negotiated a deal between the Tunisian government and sit-in leaders that was supposed to bring in $28 million worth of investment per annum to the impoverished region.

Protestors say the deal has not materialized and have reverted to the same sit-in tactics used to draw attention to their cause three years ago. Citizens in a number of governorates are feeling the weight of unemployment and Tunisia’s economic stagnation, including in neighboring Kebili and Gafsa. Unemployed residents of the neighboring Gafsa governorate joined the Tataouine protest on June 22. 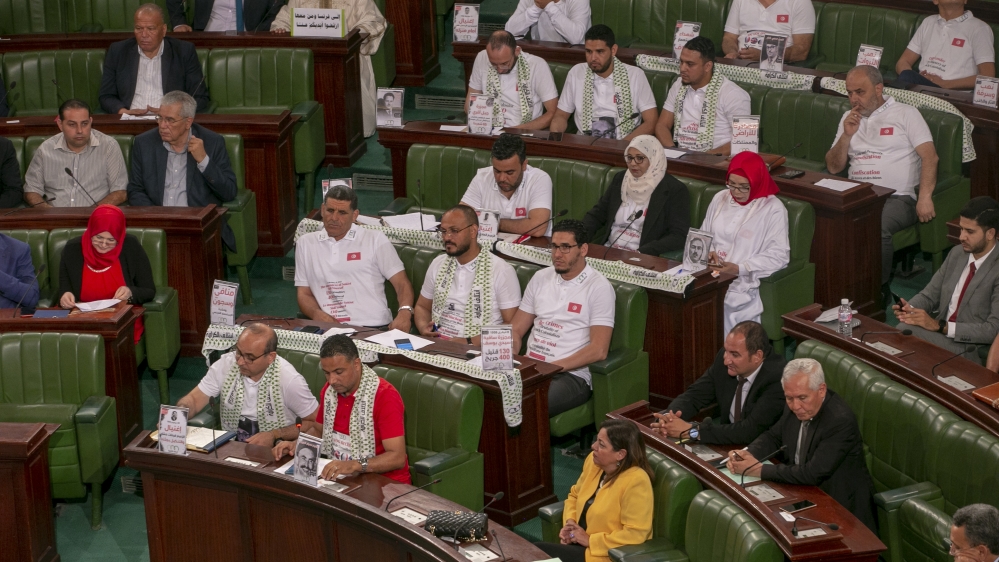