The British PM met with several senior officials, ministers, and even the Queen before testing positive for the respiratory infection. 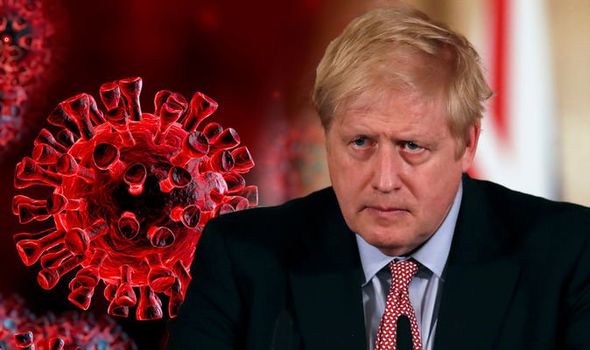 British Prime Minister Boris Johnson announced today that he has tested positive for the novel coronavirus.

“Over the past 24 hours, I have suffered from mild symptoms,” Johnson revealed in a video, noting a high fever and persistent coughing. “It was a positive coronavirus test result.”

“I am subject to self-isolation now, but I will continue to lead the government through a television circuit to combat this virus,” he added.

“There is no doubt that thanks to the magic of modern technology, I can continue to communicate with all of my best teams to lead the national war against the coronavirus.”

Over the last 24 hours I have developed mild symptoms and tested positive for coronavirus.

I am now self-isolating, but I will continue to lead the government’s response via video-conference as we fight this virus.

Together we will beat this. #StayHomeSaveLives pic.twitter.com/9Te6aFP0Ri

A spokesman for the prime minister said that Johnson, 55, experienced minor symptoms on March 26, one day after he attended a weekly session with parliament.

“The Prime Minister was examined for Corona on the advice of a senior government medical advisor, Chris Witte,” the spokesman said.

The government also made it clear that if Johnson was unable to work, he would be replaced by Secretary of State Dominic Rap.

British newspapers reported that the finance, justice, and health ministers may isolate themselves as they made contact with Johnson.

Johnson met with Queen Elizabeth II on March 11, and Prince Charles, the 71-year-old heir to the British throne, tested positive for coronavirus earlier this week. Charles is in good health and is now self-isolating at his residence in Scotland with mild symptoms along with his wife Camilla, who tested negative for the virus.

The PM also met with some senior ministers and officials this week, and has appeared at press conferences alongside his top medical and scientific advisors.