Britain Targets ISIS in Iraq in First Airstrike Since September 2019

Iraq and Syria declared ISIS defeated in 2017 and 2019, but the terrorist organization maintains a presence in several cities in both countries. 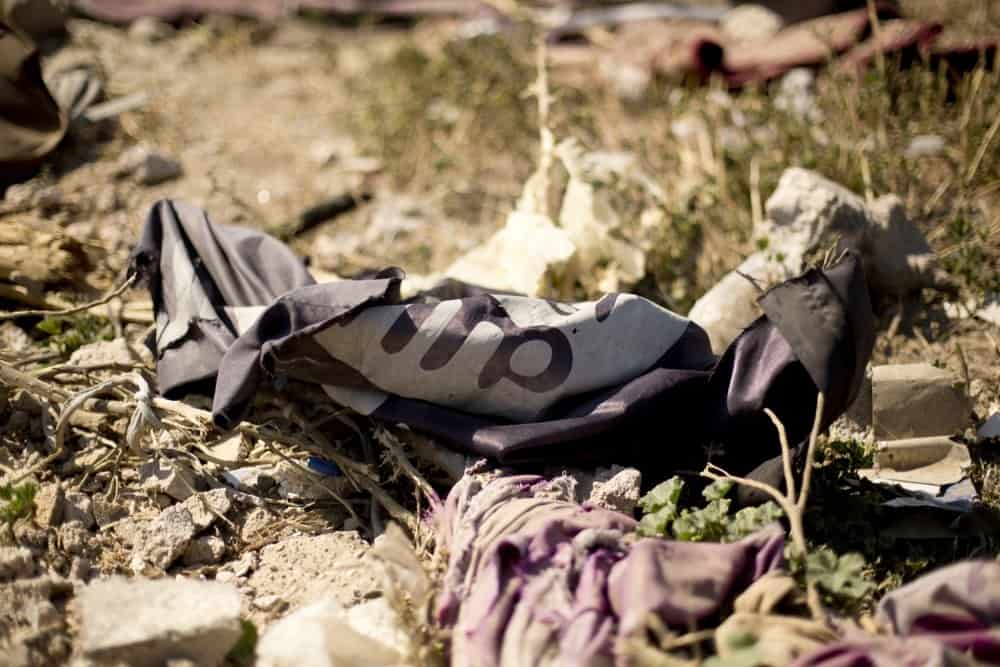 The British government announced yesterday, April 25, that its Royal Air Force conducted successful airstrikes on ISIS targets on April 10 as part of an international coalition campaign against the terrorist organization.

The government stated in a media briefing that the Royal Air Force carried out a “successful air raid” with two Typhoon fighters jets against ISIS terrorist forces in the Tuz Khurmatu area, south of Kirkuk in northern Iraq.

“The pair of Typhoons, assisted by an RAF Reaper aircraft, identified Daesh terrorists occupying a group of fortified buildings in an isolated location west of Tuz Khurma[tu], known to be inhabited by active terrorist commanders and fighters,” the British Government stated.

The government report stated that the operation had “removed a number of ISIS fighters from the battlefield and further deteriorated the organization.”

The air raid targeted ISIS militants in fortified buildings in an isolated area west of Tuz Khurmatu, known to be the center of the group’s active operations in the region.

The report said the Royal Air Force conducted a thorough examination of the area to identify non-combatants before using a group of precision-guided missiles to destroy the buildings in which the ISIS militants were holed up.

It added that “the surveillance plane carried out a careful examination of the area,” stressing that “all weapons hit their targets and there are no collateral damage.”

The last British airstrike against ISIS was in September 2019, when the Royal Air Force targeted a group of militants in Tuz Khurmatu after they had attacked Iraqi forces.

Tuz Khurmatu, in the Saladin province, is a disputed Kurdish territory ethnically mixed with Kurds, Shiite Turkmen, and Arabs.

Iraq announced ISIS’s regional defeat in December 2017, while Syria declared the organization ousted in March 2019. Nevertheless, its elements maintain a presence at specific points in both countries.