UK will give £200 Million to prevent a second wave of coronavirus from originating in the developing world and adding to its COVID-19 woes. 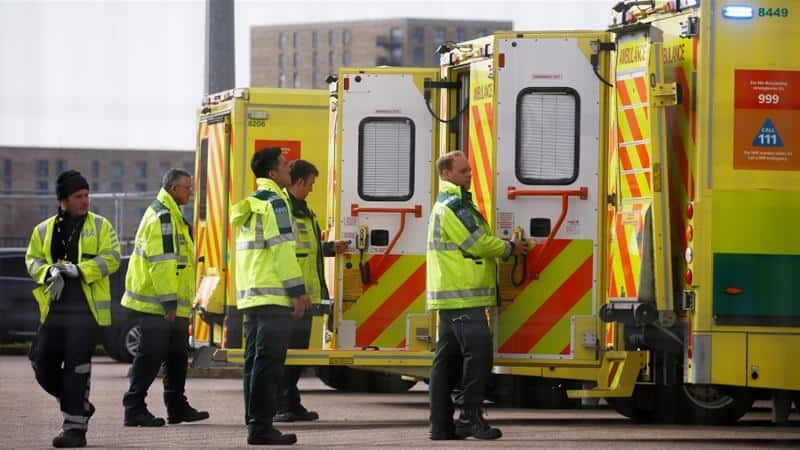 Despite being hard hit by the COVID-19 pandemic, the UK announced £200 million in aid aimed at preventing a deadly second wave of the virus developing among the world’s most disadvantaged populations.

The number of COVID-19 cases worldwide ticked over 1.6 million this week and the death tally now exceeds 105,000, according to the World Health Organization (WHO).

The outbreak in the UK has been severe, with nearly 79,000 cases recorded to date, including Prime Minister Boris Johnson who was discharged from the hospital today, April 12.

The UK has identified countries such as Yemen, the site of the world’s worst humanitarian disaster, and Bangladesh, which hosts 850,000 displaced Rohingya refugees, as facing immense threats from COVID-19 and possible breeding grounds of a second deadly wave of the virus.

“Our new UK aid support will help stop the virus from infecting millions of people in the poorest countries, meaning we can end this global pandemic sooner and prevent future waves of infection coming to the UK,” explained Trevelyan.

WHO and Red Cross welcome aid

WHO Director-General responded to the announcement, saying, “We are all in this together, which means protecting health around the world will help to protect the health of people in the UK.”

Meanwhile, British Red Cross Executive Director of International Operations Alexander Mattheou said the effects of the virus were being felt most keenly in vulnerable communities.

“The pandemic also creates other challenges—from women and girls who become more vulnerable to abuse, to people experiencing chronic hunger who lose access to food support, to camps and hospitals who have critical supplies cut off,” said Mattheou.

“The COVID-19 response must include the immediate and the secondary impacts of the pandemic,” the Red Cross spokesman added.

Food security has already been identified as a major secondary impact of the pandemic.

Countries are reducing exports of key commodities in order to shore up their own supplies, disadvantaged populations lack liquidity to purchase essentials, and food access is restricted under lockdown conditions.

The issues are exacerbated in countries that lack social security safeguards or are already experiencing a humanitarian crisis.

In war-torn Yemen, which confirmed its first COVID-19 case on April 10, around 80% of the population already requires humanitarian assistance. The combination of the coronavirus pandemic and growing bands of desert locusts are likely to worsen food insecurity.

Meanwhile, Human Rights Watch (HRW) reported on April 8 that millions of Lebanese citizens could be plunged into hunger by the virus outbreak.

“The lockdown to slow the spread of COVID-19 has compounded the poverty and economic hardship rampant in Lebanon before the virus arrived,” said HRW senior poverty and inequality researcher Lena Simet.

“Many people who had an income have lost it, and if the government does not step in, more than half the population may not be able to afford food and basic necessities,” Simet warned.

The new funding was welcomed by WHO and the British Red Cross who will both benefit from the aid money, alongside international non-governmental organizations and British charities.

The UK has specified £15 million for the World Food Programme and £10 million for the UN Population Fund (UNFPA). The remaining funds will go to the International Red Cross and Red Crescent Movement (£50 million) and to various NGOs and British charities (£20 million).

The lion’s share of the UK’s newest contribution towards the fight against COVID-19 will go to the United Nations virus appeal. Of the £130 million for the UN, £65 million is earmarked for the World Health Organization, while £20 million will go to UNICEF and the UN Refugee Agency (UNHCR).