Bangladeshi authorities have reported that 382 refugees were trapped on the fishing vessel for two months after they were refused entry to Malaysia. 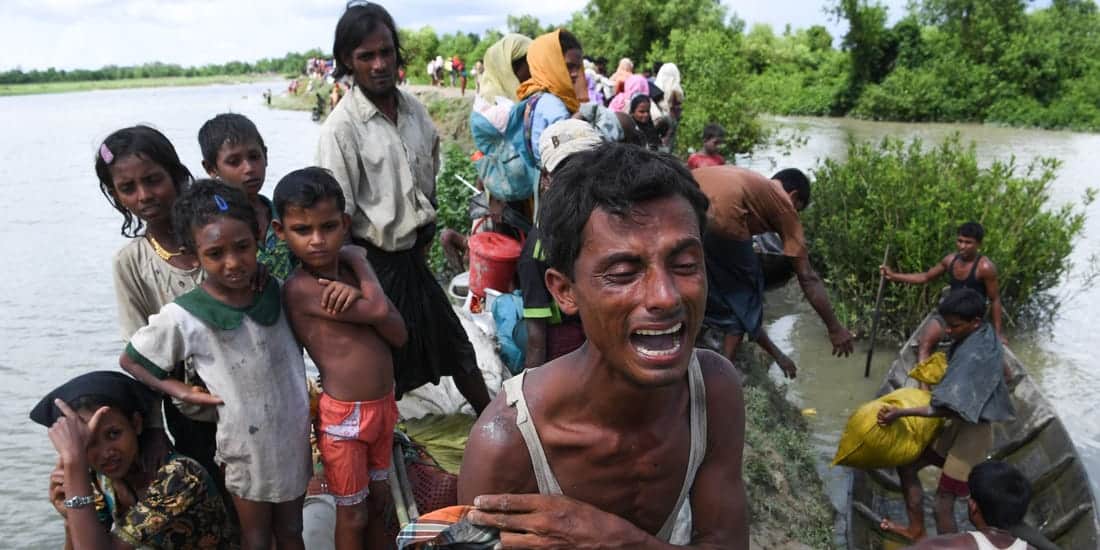 A fishing trawler filled to the brim with starving Rohingya refugees has been brought to Teknaf, Bangladesh after two months at sea. The boat carried over 400 Rohingyas when it left for Malaysia in February but more than 30 perished during the journey.

The ship had set off for Malaysian shores but was stopped by Malaysian patrol ships. Malaysia has stepped up coastal patrols in response to the coronavirus pandemic. It remains unclear whether the Malaysian coast guard had refused the refugees access to coastal waters, or whether the refugees had decided against an attempt to reach Malaysia after receiving word of the increased security.

The Bangladeshi coast guard had received a tip about the vessel, which drifted into Bangladeshi waters in the last seven days. “We have rescued at least 382 Rohingya from a big overcrowded fishing trawler and brought them to a beach near Teknaf. They were starving,” Lieutenant Shah Zia Rahman, spokesman for the Bangladesh Coast Guard said.

Similar fears over coronavirus infection that led to the failed passage to Malaysia now mean the refugees are quarantined in Bangladesh. Rahman highlighted the country’s precautions: “We have cordoned off the place where they have landed. We could not question them because of the fear they could be infected with the coronavirus.”

The origin of the trawler remains a mystery. The Dhaka Tribune has speculated the refugee boat did not originate from Myanmar, but is likely a Bangladeshi vessel used to flee local refugee camps. Approximately 1,000 Rohingya refugees have been plucked off Bangladeshi beaches as they waited to board boats bound for Malaysia or Thailand.

Criticism about Bangladesh’s treatment of Rohingyas is on the rise. Squalid conditions and blocked internet access in refugee camps changed what was intended to be a place of refuge into another threat to the vulnerable population’s well-being.

Since 2015, the Islamic ethnic minority in Myanmar has come under repeated attacks. Their native country sees Rohingyas as Bangladeshi refugees with no right of residence in Myanmar. This propaganda and the resulting violence has caused thousands of Rohingyas to flee to Bangladesh where they are concentrated in camps. The accommodations are cramped and rife with disease, prompting Bangladeshi authorities to plan to move all refugees to an island off its coast.

The inhumane treatment of the now stateless Rohingyas remains a blight on humanity. The Muslim minority were chased off their native land, where Myanmar authorities now face accusations of building government facilities over former Rohingya villages.

The treatment of the vulnerable group in both their native country and their place of refuge has prompted many to embark on desperate journeys to Thailand and Malaysia, where they hope for more humane reception.

The COVID-19 pandemic is making these journeys even more hopeless. Increased naval patrols and a higher degree of suspicion towards outsiders means there is no place to go for refugees such as those “rescued” by the Bangladeshi coast guard. Those fortunate enough to have survived the horrific journey will now be sent back into camps where there is little protection against COVID-19.

With limited medical supplies and a lack of information due to blocked internet access, this unfortunate population can do little but hope and pray as international actors continue to advocate for a humane response.

Read also: UNHCR Reports No New Cases of Coronavirus Among Refugees in Lebanon