From small-budget films to Oscar-winning productions, the following movies tackle racism in a way that can help you learn and understand the many layers and subtleties of racism. 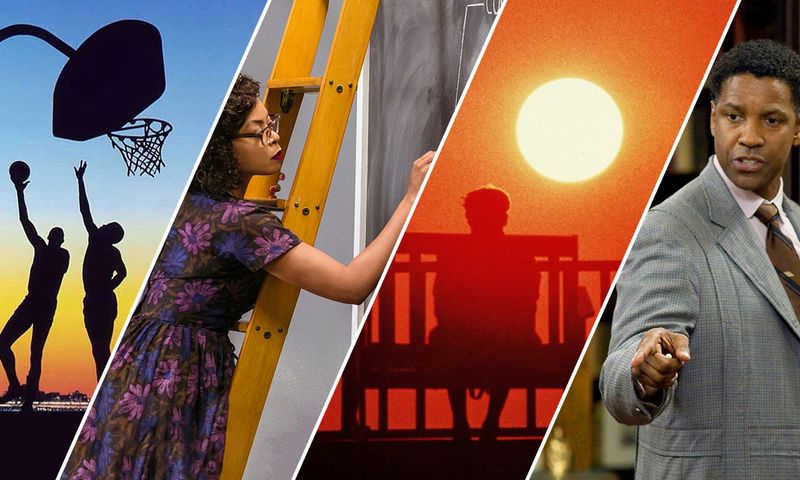 Following the death of George Floyd at the hands of a white police officer, protests have erupted worldwide calling for an end to racism and police brutality. While the issue is centuries old, many people are only beginning to understand how hard it is to be black in today’s world, which is why it is paramount to educate oneself and be a better ally to the “Black Lives Matter” movement. A great way to do this is through movies.

Movies offer a wide range of perspectives on how black Americans and the black community worldwide have contended with white authority. They also depict the daily struggles, micro-aggressions, and stark examples of racism that black people face simply because of the color of their skin.

In the following selection, we have rounded up a few of our favorite films about race for you to watch and better equip yourself for the conversations ahead.

Let’s start big. This movie is the Oscar-winner for Best Picture in 2014.

The film shows that the black American experience is rooted in slavery. It is based on the real-life memoir of Solomon Northup, a black man who was born free but then kidnapped and sold into slavery.

This is the debut film of Mauritanian filmmaker Med Hondo.

The movie intersecting immigration and racism was shot over the course of four years and follows a black immigrant in Paris in his quest to find a job and settle down. This proves to be very difficult as the man is confronted with outright racism and has no one to turn to.

This 1995 French black-and-white drama film was written, co-edited, and directed by Mathieu Kassovitz.

The film is about three young friends and their daily struggles living in the suburbs of Paris, echoing issues still facing migrants in France.

One line spoken in the movie stands out in particular and gives the film all its current relevance: “La haine attire la haine!” or “hatred breeds hatred.”

Ava DuVernay’s documentary, “13th,” is a must-watch for anybody who wants to learn about systemic racism in the US.

The film takes a deep look into the disproportionate number of black Americans behind bars, calling it “a modern-day version of slavery.” It also aims to debunk the myth of the inherent black criminality through interviews with formerly incarcerated men and women, politicians, historians, and activists.

This movie is based on Angie Thomas’ 2017 eponymous novel. It tells the story of a black girl going to a white private school across town. Through her experience, the movie takes on themes of racism, police brutality, and black identity.

This classic tale is adapted from Harper Lee’s Pulitzer Prize-winning novel of the same name.

Set in the summer of 1932, the movie follows the story of Atticus Finch, a white lawyer who represents a black man falsely accused of raping a white woman.

“To Kill a Mockingbird” is considered to be one of the first major productions to tackle racist oppression directly. Just like the novel, the movie was a big success and won three Academy Awards.

“Dear White People” is a series rather than a movie, but the satirical comedy offers a valuable insight into what it means to be black in a white world.

The series follows the journey of four black students at a white elite university in the US.

The series includes open and sometimes confrontational discussions of race. It also tackles gender and class and does a wonderful job exposing the many subtleties in racism.

“I Am Not Your Negro” explores celebrated author James Baldwin’s life, legacy, and activism.

Through personal letters and an unfinished manuscript from Baldwin himself, this documentary tackles race, black identity, oppression, and police brutality.

The film connects Baldwin’s thoughts to the modern day and highlights the uncanny similarity between the events that punctuated Baldwin’s life during the Civil Rights era (1958-68) and events still happening in contemporary America.

The film is about a black man going to visit his white girlfriend’s rich parents only to discover their horrifying secret of luring black people into rich white homes to essentially become enslaved.

Both clever and political, original and creepy, the film takes racism head-on with a stark political awareness. A must-watch!

Another series rather than a movie, “When They See Us” is worth mentioning because it tells the true story of the Central Park Five, a group of five young black men wrongly convicted of the violent rape of a white woman in 1990.

Created by esteemed director Ava Duvernay, the series recounts the story from the perspectives of the five boys and highlights the effects that the wrongful convictions had on them and their families.

Hundreds of thousands of people in the US and around the world have taken to the streets in the past three weeks to protest police brutality and racism. With the outrage going global, Arab celebrities took to Instagram and Twitter to show solidarity with the Black Lives Matter movement. But in doing so, some have […]