Will the Pandemic Change our Global Geopolitical Structure?

Three scenarios show how the current crisis might alter the future of world politics. 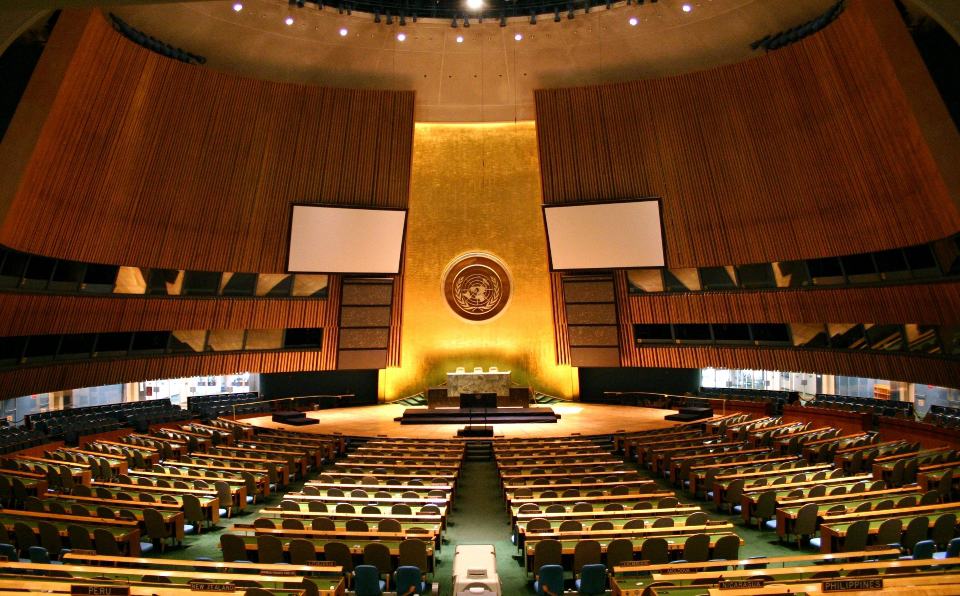 Our world is facing an unprecedented reckoning. As national governments and central banks continue to grapple with the current short-term implications of the COVID-19 crisis, more revelations are surfacing about the workings of our political structures than ever before. The coming weeks and months could change the trajectory of history as trust in healthcare systems, democratic representatives, and the media hangs in the balance.

The current crisis could lead humanity in a variety of directions. As the pandemic spreads, we see global trends evolve in different ways. Nationalist populism and xenophobia are increasingly becoming mainstream, demonstrating an upswing in a trend witnessed for over a decade. Globalization and growing inequality mean that for the majority of people in the world, there is little support or opportunity when life gets hard. Trillions are pumped into big business while the poor must fend for themselves.

The reverberations of these global trends could significantly change how we see our economy, government, and global society. There are three plausible scenarios worth investigating that might provide a tentative glimpse into our future. The first is the one that most politicians appear desperate for: A return to the status quo.

The “reopening of the economy” that most national leaders are pining for is painted as a quick and painless “return to normal.” After the virus comes under control, governments lift lockdowns and the economy reemerges from its slumber. Although most businesses and indeed countries have accrued significant levels of debt, life returns to the status quo of our pre-coronavirus world.

The scenario means that the global power balance remains intact. Indebted countries become more indebted and rich countries suffer the least, as they can borrow money at lower rates and more easily revive their economies. Businesses re-hire employees with the same precarious conditions that allowed them to be fired earlier. More and more people do not have a contract at all, as the gig-economy continues to push people into “self employment.”

Global institutions such as the UN, WHO, and IMF remain prestigious but toothless as international politics continue to undermine their workings. The balance between the need for international cooperation and the protection of national sovereignty continues to produce well-meaning but powerless organizations.

A sudden lunge toward nationalism and isolationism shifts our future radically. Dire conditions lead citizens to search for strong and decisive leadership amid chaos. Normally liberal countries turn more authoritarian as shortages of medical supplies and economic options result in a flurry of competitive self-interest.

The balance of power changes in favor of large and rich countries as each nation exerts its power. Indebted countries hard-hit by COVID-19, like Spain and Italy, see a significant drop in living standards as austerity measures cut public services in order to service debts. As protectionist policies see national industries try to compensate for expensive foreign products, production worldwide becomes less efficient.

Global institutes are hollowed out in such a situation, if they do not cease to exist entirely. International treaties like NATO and the EU become obsolete as national interest trumps collaboration. A network of bilateral alliances emerges that could easily lead us into a geopolitical powder-keg, potentially resulting in another world war, echoing the lead-up to WWI.

The pandemic highlights the need for global cooperation and the importance of our public institutions. Billions of people experience unemployment and reliance on the government by no fault of their own. As the pandemic spreads, science and global institutes like the WHO lead the way and reveal how similar we all are biologically.

After the crisis, international conventions and new treaties redistribute power more equally. The UN Security Council is reshaped so that it no longer gives the world’s nuclear powers a veto over all decisions. The International Labor Organization is empowered to produce a new global standard for labor rights. Measures are implemented to prevent the concentration of wealth among a few billionaires while millions live in poverty.

Nation states have to cede some of their sovereignty over issues such as global health in order to allow a better response to the next pandemic. A re-balancing of the post-colonial world sees an emphasis on empowering developing nations and opening borders in the Global North to allow working people freedom of movement.

We are currently at a crossroads between these and an unimaginable spectrum of other scenarios. Every day decisions are made that subtly move us in one direction or another.

A reemergence of the status quo could become reality. Germany and the Netherlands refuse to share the economic pain with their southern neighbors, while eagerly looking to reopen their economies. Hungary implements authoritarian rule as a “temporary measure” that could move our zeitgeist closer to a more protectionist scenario. Meanwhile, planes full of Cuban doctors land in Italy to help with their outbreak, providing a glimpse into a collaborative future.

Looking into the future with surety is impossible, but we do have the ability to shape it. Everything we took for granted has changed in a few months. Humanity’s response will determine whether the world becomes a more fair place or devolves into a chaotic scramble for resources.

Being informed and speaking truth to power is more important than ever. By supporting each other based on our common humanity we could shed ourselves of seemingly immovable power structures. COVID-19 has shown us how quickly giant amounts of money can be made available to solve urgent crises, and perhaps poverty or hunger could finally receive similar global urgency.

When airlines restart their engines, we could demand a carbon tax to help accelerate a transition to sustainable energy. When industries reboot, we could demand a priority of workers’ rights over shareholders’ rights and empower those that create value in our economy. As schools and universities reopen we could ensure that quality education is available to anyone, regardless of their nationality, ethnicity, gender, or sexual preference.

As our global society begins to slowly reawaken from a nightmare, how much of our dreams become a reality is up to each person. If this pandemic results in people being better informed and making their opinions heard, perhaps this crisis could lead us into a better tomorrow.