The soldier’s death and Monday’s demolition of an alleged Palestinian bomb-maker’s family home show tensions are on the rise again after a relative calm due to COVID-19. 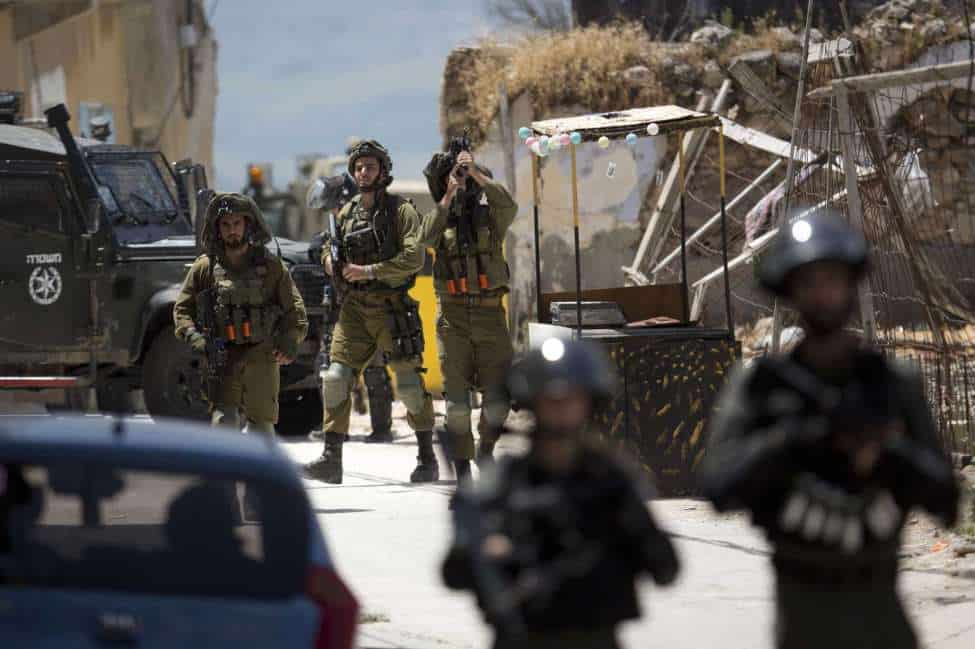 A pre-dawn raid on the West Bank township of Yabad Town led to violent confrontations today, leading to the death of one Israeli soldier and the arrest of 33 Palestinians.

A 21-year old IDF soldier was killed after being fatally hit in the head by a rock launched by a Palestinian, protesting the early morning raid, the Israeli military reports. The young man has been identified as Sgt. First Class Amit Ben-Ygal of the elite Golani Brigade reconnaissance company.

“The rock hit the soldier directly in the head. The soldier was wearing a helmet. But it hit him at an angle,” Israel Defence Force Spokesperson Hidai Zilberman told the media.

According to the IDF, a dozen Palestinian youths began throwing stones at Ben-Ygal and the other soldiers before one individual launched a large rock at him from a rooftop. The conscript, who had just one month’s service remaining, was treated by medics at the scene and helicoptered to the Haifa’s Rambam Medical Center, where he was pronounced dead.

Israeli forces launched a series of retaliatory raids on Yabad and other locations throughout the West Bank in search of the rock-thrower today, according to a report by the Palestinian Authority’s press agency WAFA. The Palestine Prisoner’s Society says Israeli security forces rounded up and detained 33 people, including women and children.

Violent clashes between stone-throwing Palestinian youths and Israeli soldiers who respond by firing rubber bullets and tear gas are a regular occurrence in the West Bank. Clashes had, however, slowed in recent weeks due to COVID-19 measures that kept Israelis and Palestinians at home.

Tensions are on the rise again as virus restrictions ease, and freshly re-appointed Prime Minister Benjamin Netanyahu continues to promise he will push ahead with the annexation of Israeli-occupied parts of the West Bank.

Animosity in the West Bank is also running high after the house of an accused Palestinian bomb-maker was destroyed yesterday. The top floor of 22-year-old Qassem Barghouti’s family home in Kobar, near Ramallah, was reduced to rubble as an act of deterrence by the Israel military on May 11.

Barghouti stands accused of being involved in a terrorist attack that killed 17-year-old Israeli hiker Rina Shnerb and wounded her brother and father.

Israeli domestic security agency Shin Bet alleges Barghouti and Popular Front for the Liberation of Palestine operatives orchestrated the August attack near Dolev, in the West Bank, and used a mobile phone to remotely detonate an explosive device.

“Tonight, we settled a score with the despicable terrorist who took part in the murder of our dear Rina Shnerb. Destroying homes is an important tool in deterrence against terrorists,” Bennett said.

“He who hurts us, we will harm him back. Jewish blood will not be spilled in vain,” he stressed.

Local residents reacted angrily to the demolition, showering the military convoy with stones and Molotov cocktails. The Israeli military dispersed the protesters using rubber bullets and tear gas, injuring one protester who was struck in the face by a tear gas canister, according to the Palestinian Red Crescent.

Israeli forces destroyed the homes of two other men accused of involvement in the August attack, Salah Barghouti (deceased) and Assem Barghouti (imprisoned), in March and April 2020.