Washington ‘Committed’ to Reaching a Final Agreement on Renaissance Dam

"We affirm our commitment to stay engaged with the three countries until a final agreement is concluded,” said the US ambassador to the UN. 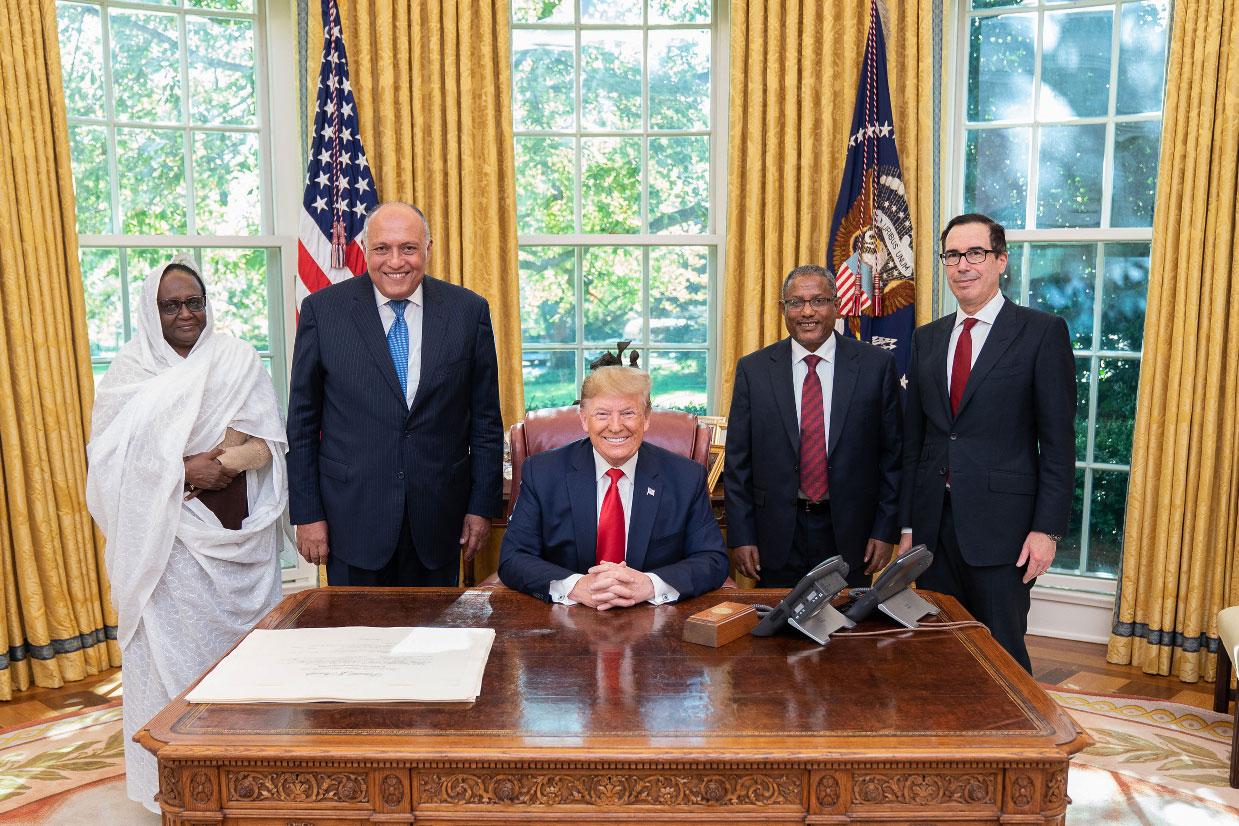 The United States affirmed on Monday its commitment to continue engaging with Egypt, Sudan, and Ethiopia until a “final solution” to the Renaissance Dam issue is reached.

“We encourage all countries to build on the great progress they have made in previous negotiations and the compromises that have led to this progress,” said US Ambassador to the UN Kelly Craft during Security Council deliberations on June 29.

“We also call on all countries to refrain from making any statements or taking any actions that would undermine the goodwill necessary to achieve an agreement,” Kraft added.

The American diplomat reiterated her country’s firm belief that a solution to the dam dispute is possible through dialogue and constructive cooperation. “We affirm our commitment to stay engaged with the three countries until a final agreement is concluded,” she said.

Kraft also commended the efforts of the African Union to bridge the gulf between the three countries.

Meanwhile, Egypt again warned against Ethiopia filling the dam unilaterally. Egyptian Foreign Minister Sameh Shoukry told the Security Council that this would harm the downstream countries and spark crises and conflicts in the region.

Shoukry added that his country resorted to the Security Council because “a threat of potentially existential proportions has emerged that could encroach on the single source of livelihood of over 100 million Egyptians.”

Sudan’s Ambassador to the UN Omer Siddig said “Khartoum calls on leaders of the three countries to demonstrate their political will and commitment by resolving the few remaining issues on the agreement.”

“We strongly believe that the African-led process can push forward the three parties’ efforts to reach a comprehensive, fair, and balanced agreement,” Siddig added.

The Ethiopian representative, Ambassador Tai Asqi Selassi, said his country would not cause harm to Egypt or Sudan, adding, “The dam is a development project and it cannot pose a security threat in any way.”

On Saturday, African Union Commission President Faki Mohamed announced that more than 90% of the disputes had been resolved in the tripartite negotiations between Egypt, Ethiopia, and Sudan over the Grand Ethiopian Renaissance Dam.

“African issues must be given African solutions,” Faki said.

Sudan, Ethiopia, and Egypt said they were hopeful that the African Union will try to help them to reach a deal to end the dispute over water resources.

The Renaissance Dam, which Addis Ababa began building in 2011, will, upon its completion, become the largest hydroelectric dam in Africa at 145 meters high with a production capacity of six thousand megawatts.

This vital project for Ethiopia, however, raises acute tensions between Ethiopia, Sudan, and Egypt, who share the Nile water, and inspires fear that the dam would limit the amount of water that reaches downstream countries.