US-China tensions spill into international diplomacy as the US pressures its allies in the Gulf. 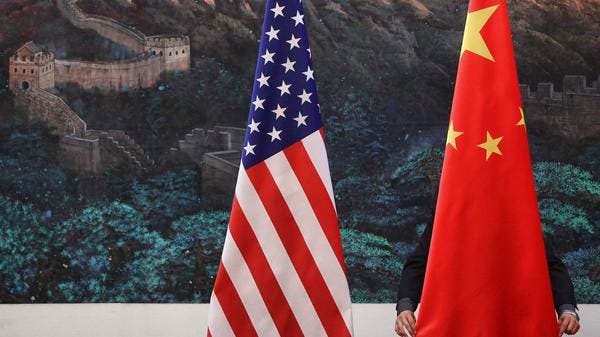 On May 7, a US diplomat provided the first tangible evidence of the emergence of a new cold war. US Assistant Secretary of State for Near Eastern Affairs David Schenker told Reuters that Gulf states, when dealing with China, will have “to weigh the value of their partnership with the United States.” The rhetoric is reminiscent of the Cold War between the US and Soviet Russia that split the world into camps.

“We want our partner nations to do due diligence,” Schenker told Reuters, signaling that the US does not appreciate the increasing cooperation between China and Gulf states. The US is wary of the COVID-19 aid that China is providing, saying Chinese aid is “often predatory.” With the US in the midst of its own COVID-19 epidemic, its officials fear increasing Chinese “soft power” in the region.

Soft power refers to the use of diplomacy, trade, and aid in order to build partnerships and ensure national interests.

The US undoubtedly has the most military power in the world, spending more on national defense than China, France, Germany, India, Saudi Arabia, the UK, and Russia combined. The soft power the nation has counted on to maintain its global hegemony, however, is rapidly declining.

For decades the United States had an unparalleled soft power approach, providing the world with significant financing for global institutions and development aid. In exchange for American dollars, the global community accepted the continuation of American dominance over global trade and economic policies.

US influence has waned as President Donald Trump’s limited knowledge of international geopolitics and a misunderstanding of the influence that soft power buys has led to a decrease in US spending, culminating with the announcement it will stop funding the WHO. Trump has failed to realize that disproportionate spending in organizations like NATO is not “unfair” to the US but instead has for decades bought the acquiescence of its allies.

US soft power has been the reason the country is allowed to invade or bomb any country it pleases. It explains the support for US coup attempts in Latin America, including the 2019 overthrow of Bolivia’s democratically elected left-wing government and last month’s failed coup attempt in Venezuela.

A gap in international leadership

Amid the sudden decline in soft power, the US appears to be refocusing efforts on its hard power.

Clete Willems, a former Trump administration member, acknowledged the rising tensions in a May 5 interview with CNBC. “We have to be realistic and say we are on a cold war footing right now,” Willems said.

“I know people get uncomfortable with the terminology, but I do think we have to be honest and call this what it is.” Willems told the news network.

“This is the start of a new Cold War and if we’re not careful, things could get much, much worse,” he said.

The COVID-19 pandemic has laid bare the rising tensions between the US and China. Top US officials continue to falsely insinuate the virus had started in a Wuhan military laboratory and the US president has repeatedly called COVID-19 “the Chinese virus.” But as both countries’ officials bicker over exchanged insults, China is increasing its soft power by providing significant COVID-19 equipment, technology, and expertise to countries in need.

While all over the world Chinese planes have delivered much-needed support, the global community watches in astonishment as the USA’s structural weaknesses are exposed. America’s crumbling infrastructure, for-profit healthcare, poor support for vulnerable communities, and pervasive structural racism has turned a health crisis into an unmitigated catastrophe.

Trump continues to posture and invent facts as America’s status plummets. When foreigners used to think of the US, they thought of the glimmering skyscrapers of New York City, but the COVID-19 crisis has revealed that much of the country is living in conditions worse than in many developing countries.

With Chinese soft power on the ascend, the US will undoubtedly reach for more desperate measures in order to continue its global hegemony. Pressuring Gulf states is likely only the first step in a dangerous process that could divide the world into two camps. With President Trump likely to win reelection and China advancing on its belt-and-road initiative, the two superpowers appear destined for a confrontation.