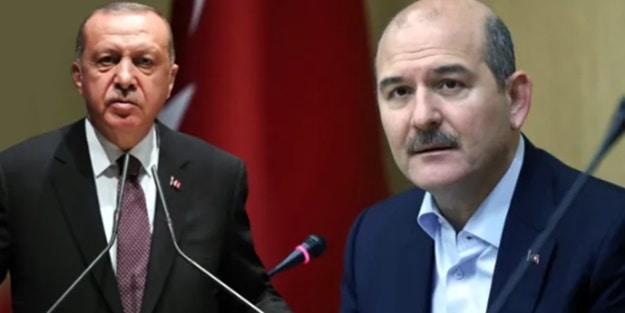 The architect of Turkey’s poorly organized weekend curfew, Interior Minister Suleyman Soylu, tendered his resignation on Sunday night after thousands ignored social distancing, rushing to buy essentials after the last-minute announcement. The incident is just the latest in Turkey’s slow response to COVID-19 that has caused case numbers and disease-related deaths to soar.

A statement from the Communications Ministry confirmed the senior Erdogan regime figure’s resignation was not accepted, but criticism continues to fly over his handling of Turkey’s latest COVID-19 curb.

“Responsibility for implementing the weekend curfew decision, which was aimed at preventing the epidemic, belongs entirely to me,” the Interior Minister said via a Twitter statement.

“The incidents that occurred ahead of the implementation of the curfew were not befitting the perfect management of the outbreak,” he said in the Tweet.

Soylu ordered 31 Turkish cities, including the population center, Istanbul, and the capital city, Ankara, to follow a 48 hour curfew from midnight on Friday, April 10 to midnight on Sunday, April 12.

The Interior Minister’s announcement at 10 p.m. on Friday came as a shock to citizens and prompted thousands to rush out in order to “panic buy” essentials before the curfew began at midnight.

Photos and videos circulated showing large groups of people queuing outside local stores, many without their now-mandatory face masks.

Soylu acknowledged that he should have foreseen the panicked response to his last-minute curfew, saying his “countless experiences should not have led to such scenes.”

The 50-year-old minister, one of the most senior and trusted figures in the Erdogan government and Justice and Development (AKP) Party, is tipped by some as a potential successor to the president. Erdogan said he “did not find the request suitable” and now a “humbled” Soylu will continue on in his role as interior minister.

If his resignation had been accepted, Soylu would have been the second minister to lose his job over the coronavirus pandemic after Transport Minister Mehmet Cahit Turhan was removed from office on March 27.

“Soylu is a power in his own right and is seen as a possible successor to Erdogan. So, if he had stepped down it would have been a blow to the ruling party. Soylu is also an arch champion of Erdogan’s crackdown on dissenters, on opposition parties, the Kurds and so on. So if he had stepped down, Turkish liberals would have been happy to see the back of him,” the FRANCE 24 journalist said.

On Monday, after its chief Soylu received a resignation reprieve, the Interior Ministry released a conflicting statement claiming the curfew had been “largely obeyed,” but stated 18,770 people were penalized for violating the stay-home order.

According to the statement, violators received “administrative and procedural penalties.” The communique also reminded citizens that Turks over 65 and under 20 are still subject to movement restrictions, and closures of public places, eateries, and places of worship remain in place.

The weekend curfew is the harshest anti-coronavirus measure implemented in Turkey to date, where the dramatic rise in virus cases has drawn alarm from the World Health Organisation (WHO)

“We are alarmed that Turkey has seen a dramatic increase in virus spread over the last week. 60% of cases were reported from Istanbul,” WHO/Europe tweeted on April 8.

The same day, the Turkish Medical Association claimed the government was not using the correct codes when reporting COVID-19 deaths to the WHO, leading to underreporting of disease fatalities.

President Recep Tayipp Erdogan continues to hold out on enforcing a general lockdown, instead encouraging citizens to enter their “own state of emergency,” while the nation’s workers ensure the “wheels [of production] carry on turning.”

“Our most important sensibility is the continuation of the supply of basic needs and ensuring the uninterrupted continuation of production to support exports,” Turkey’s strong-man president said last week.

After declaring their first case on March 11, Turkey, a country of 82 million, has seen its case numbers grow dramatically. The current figures stand at 57,000 confirmed cases of COVID-19 and 1,198 fatalities, giving Turkey the unfortunate distinction of having the second largest MENA region outbreak after neighboring Iran.

Some 165 towns across Turkey have also been quarantined in an attempt to prevent the virus’ spread, and the government made wearing face masks in public spaces and on transport services compulsory on April 5.

Google’s latest Community Mobility Report for Turkey shows that movement in areas outside of private homes is down across the board despite the country’s lack of a strict lockdown.

Visits to retail and recreation facilities are down 76%, visits to parks slid by 61%, and visits to essential grocery outlets and pharmacies dipped by 40%. Transit stations have seen a 76% decline in traffic, while workplaces have been less affected with mobility trends showing 48% fewer visits. Meanwhile, places of residence have seen a 19% increase in access according to the data released on April 5.