Turkey is set to start power generation at the cost of an ancient culture and environmental integrity. 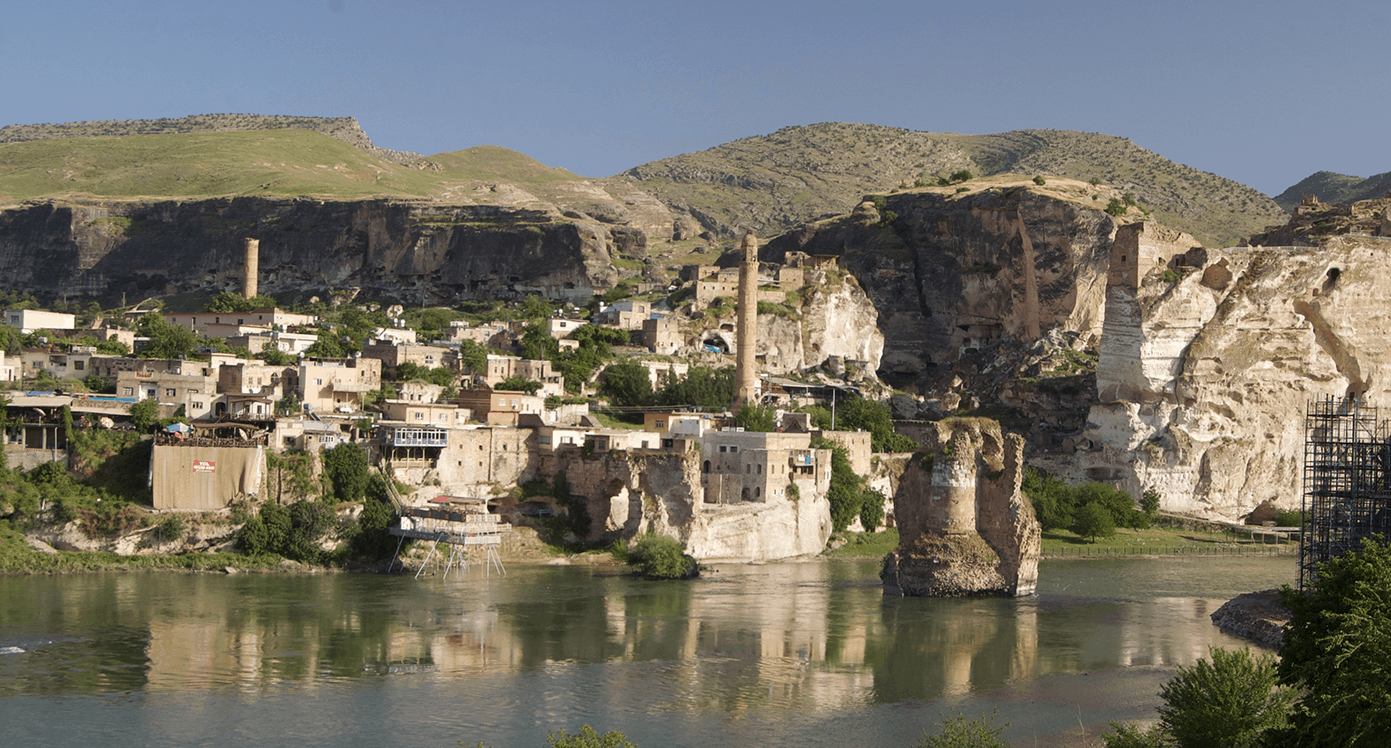 For months, the former residents of Hasankeyf in southeastern Turkey slowly watched their ancient city drown. Despite significant protests by locals, historians, and environmentalists, the Turkish government is proceeding with the Ilisu Dam project that has already caused the town’s destruction.

“We will start operating one of six turbines of Ilisu Dam, one of the largest irrigation and energy projects in our country, on May 19,” Turkish President Tayyip Erdogan announced in a speech on Monday, May 11. The project had been approved by Ankara in 1997 and aims to produce 1,200 megawatts when fully operational.

Yale University in 2019 revealed the environmental costs of the dam’s construction. In addition to displacing 80,000 people and submerging nearly 200 Kurdish villages, the dam is set to threaten a variety of endangered species. Several species of fish, the Eurasian otter, the marbled duck, and the red-wattled lapwing all face extinction in the region as the energy project turns the area into a giant artificial lake.

The dam’s ecological damage will be felt as far away as Syria, Iraq, and Iran as the changes made to the Tigris river will create water shortages that affect irrigation, biodiversity, fishing, drinking water, and transportation, according to the Yale study.

The Yale reporting quoted a conservationist as saying, “This is an infrastructure project with a 1950s mindset: big, bigger, as big as possible.” The dam is part of a $32 billion hydropower strategy that aims to build 22 dams and 19 power plants throughout the country.

As protests continue, so has construction. In December 2019 the Turkish government announced it would start filling the reservoir. For months former residents of the area have had to watch everyday as their villages and towns became further submerged, until on April 1 there was little but water visible where cities and towns once stood.

While the environmental consequences of the dam’s construction will unfold in the coming months and years, the greatest tragedy now unfolding is the submersion and destruction of our shared human heritage and history.

The city of Hasankeyf is thousands of years old. Likely founded in the Bronze Age, the city has witnessed much of the history of human civilization. Hasankeyf was home to ancient Akkadian and Neo-Assyrian civilizations while most of humanity was still living in small tribes.

The city is so old that there is a viable probability one of every human’s ancestors once visited its cobbled roads. The statistical likelihood is similar to the idea that one in every 200 people is related to Genghis Khan.

Roman legions marched through its streets when Hasankeyf was the capital of the Roman province of Arzanene. Byzantines and Persians fought wars to control the city and both the Umayyad and the Abbasid caliphates ruled at some point. The city barely escaped destruction by a Mongol khan, and flourished under the Safavid and Ottoman empires.

Now this glorious symbol of human civilization’s ancient roots is submerged under murky river water in order to produce cheap energy for the Turkish state.

One possible reason this ancient land was chosen as a site for the concrete monstrosity is that the region is predominantly Kurdish. The Turkish government’s repression of the Kurdish people has made them a convenient target. By dismissing local Kurds, the Turkish state has committed to erasing our collectively shared heritage.

“The nostalgia of living [here] may be romantic,” the Turkish Ministry of Foreign Affairs stated, “but it does not address the social and economic needs of the region.”

At the same time, concern for the region’s needs appears far from the ministry’s outlook, as 80,000 locals have been uprooted from their ancestral homes and lands to make room for the dam.

With the dam’s first turbine set to start operating soon, protests continue in hopes of protecting the Tigris river and preserving the evidence of human civilization that emerged in the area thousands of years ago.