Travel the Sahara Through Your Headphones

Discover some of the great music coming from Northwestern Africa. 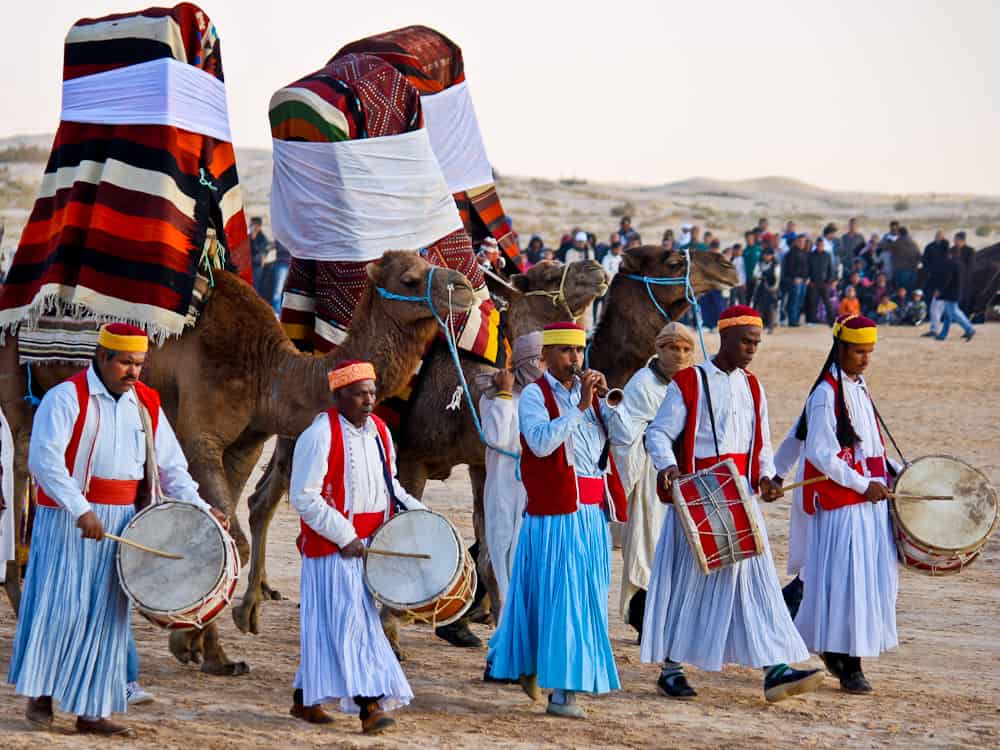 In a time of closing borders, travel bans, and virus scares, the world might seem more closed off than ever. But instead of walling ourselves off, we can discover the rich cultures of northwestern Africa through the fantastic, unique music coming from the region.

From the coast of West Africa to the Mediterranean beaches of Algeria and Morocco, the connection to the Sahara desert brings with it a rich variety of cultures. Ever since the first electric guitar arrived in the region, a blend of musical styles and instruments has led to a unique and original Sahara musical culture.

Below you will find a few of the stand-out artists making waves in the desert.

One of the better known examples of the Sahara Blues, Tinariwen is a band from Northern Mali. As a child, founding member Ibrahim Ag Alhabib had built his own guitar and he has never stopped rocking. Tinariwen is a collective of Tuareg men who bring their original version of ancient tribal music through the medium of the typical Tuareg Blues.

Bombino is another well-known name in North and West Africa. The singer-songwriter from Tidene, Niger, apparently taught himself how to play the guitar before being discovered and then mentored by Haja Bebe, a legend among Tuareg guitarists. Bombino’s songs are infused with political activism and reflect the difficult times his home country has experienced during his lifetime.

Oum El Ghaït Benessahraoui, or simply ‘Oum,’ is another singer-songwriter from Casablanca, Morocco. Originally trained as a gospel singer, Oum can perform a variety of different musical styles and is well known in the Maghreb region. She has produced four albums and has performed at a variety of prestigious events all over the world.

Labess is an Algerian-Canadian band that performs in Arabic, French, and Spanish. Combining Western and Sahara styles, this band could be considered Sahara fusion at this point.

Sona Jobarteh is a Gambian singer who plays the kora, a 21-stringed instrument native to West Africa. Sona grew up in the UK but learned to play kora at a young age, performing for the first time as a four-year-old. Practice clearly makes perfect as the summery tones of Sona’s unique music are hard to forget.

There is really only one place in the world where you could see these acts at their best. The festival is dubbed ‘Africa’s Woodstock’ for its relaxed vibe, great music, and diverse crowds.

Young people from across Morocco hitchhike to the mellow coastal city of Essaouira where traditional Moroccan music meets West African and Caribbean acts. For an unbelievable weekend of unique world music, and a chance to experience the Sahara Blues up close, visit Essaouira during the Gnaoua World Music Festival.