Roundup: Five Weird and Wacky COVID-19 Stories from the Weekend

Big cats with COVID-19, fast trains transformed into ambulances, and coronavirus kebabs: If you need a break from death tolls and tales of economic woe, read on. 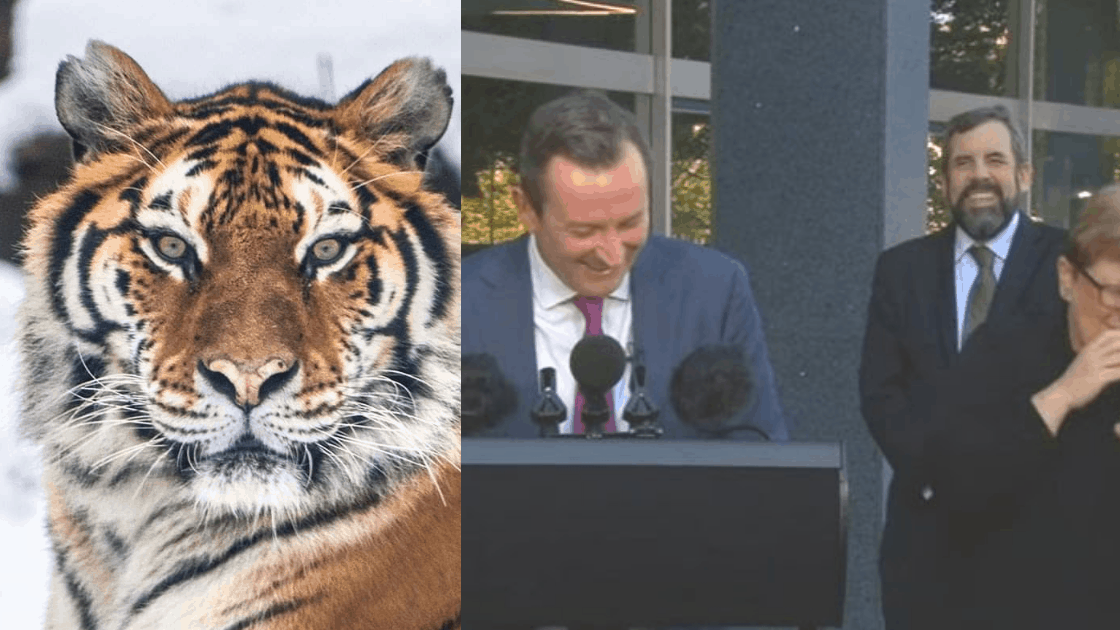 The global coronavirus pandemic reached new heights this week when the number of confirmed cases surpassed one million. Amid the fear, uncertainty, and death, some quirky stories have emerged that feature the lighter side of the crisis and show us just how bizarre our world is right now.

Tiger tests positive for COVID-19 at US zoo

It appears the big cat was infected with the novel coronavirus by a keeper who had the disease but was asymptomatic, the Wildlife Conservation Society, which manages the zoo, said in a press release.

Pets around the world have been testing positive for COVID-19 but none seemed to have been affected by the disease, until now.

“This is the first time that any of us know of anywhere in the world that a person infected the animal and the animal got sick,” the zoo’s top veterinarian, Paul Calle, told Reuters on April 5.

Zoo staff decided to get Nadia tested after she began showing symptoms including a dry cough and loss of appetite.

In total, three other tigers and three African lions all housed in the “Tiger Mountain” enclosure have similar symptoms, leading keepers to believe they are also infected. However, they will not be tested to avoid putting the felines through the stress of anaesthesia.

Nadia and her pals “are otherwise doing well under veterinary care and are bright, alert, and interactive with their keepers,” and expected to make a full recovery.

A morning moment of #ZooandAquariumZen brought to you by our Malayan tigers going for a swim. Enjoy! pic.twitter.com/PgWh7rBgei

Australian man fined for going on a run, getting a kebab in contravention of COVID-19 measures cracks up politician

In one of the most comical novel coronavirus press conferences to date Premier of Western Australia (WA) Mark McGowan got a serious case of the giggles after fielding a question about a man who was fined after stopping to eat a kebab mid-run.

During the question and answer phase of a COVID-19 press conference on April 4, a journalist posed the following question: “There was one gentleman yesterday in New South Wales going for a run who stopped to have a kebab and then was handed a fine, so will WA be handing out similar fines?”

The principle of the question appeared to greatly amuse McGowan, who let out a giggle before attempting to seriously answer the question.

“I find it hard to believe someone was going for a run and then stopped for a kebab,” McGowan blurted out, chuckling.

“There’s nothing wrong with going for a run… and having a kebab but…I don’t think there’s anything wrong with…we’re not making it unlawful to go for a run and eat a kebab,” the premier managed to say before giving in to a good laugh at the kebab-eating runner’s expense.

In France, the old adage “necessity is the mother of all invention” is being put to good use as medical teams transform fast trains into ambulances on rails.

The famous Trains de Grand Vitesse (TGV) would normally be packed with Easter holiday travelers this time of year, but have instead been “medicalized” to transport critically ill patients from overwhelmed hospitals to the west of the country, where more beds are available.

Each rail car can accommodate four patients and a six person medical team, in the trains which reach up to 320 kilometers per hour as they whisk their precious cargo from one city to the next.

Japanese culture can be a little quirky at the best of times and it has lost none of its charm during the novel coronavirus pandemic.

On April 4, Japanese social media sensation Pikotaro, who rose to fame with his viral song Pen-Pineapple-Apple-Pen (PPAP), released a 2020 version of the catchy tune with special virus-related (or should that be viral?) lyrics, to help educate his followers about COVID-19.

Watch “Pray-for-People-and-Peace” for yourself to learn some valuable COVID-19 protection techniques!

It wouldn’t be a round of weird COVID-19 stories without a bit of #FakeNews. This weekend it came from an Egyptian doctor who declared that lentils, cooked the Egyptian way, can prevent novel coronavirus infection.

“Americans keep asking me about how to avoid coronavirus. I told them to eat lentils, but it should be cooked in Egyptian way,” Dr. Majdi Badran said during an appearance on Egyptian television on April 4.

The best kind of lentils to eat? Homemade of course, said Badran. If you want some serious advice on COVID-19 protection, check out the World Health Organization’s five tips in the video below.