European countries have begun lifting lockdowns and easing COVID-19 restrictions, but are these relaxed measures a sign of hope or desperation? 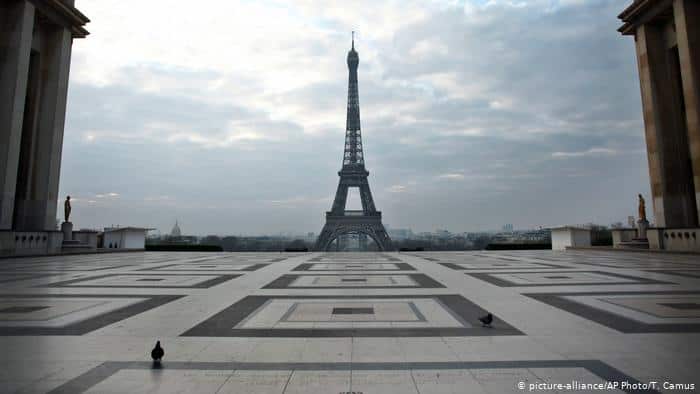 In Europe, falling COVID-19 death rates and the beginning of summer have resulted in a patchwork of eased restrictions and the lifting of lockdown measures. Some countries saw crowded beaches while others opted to continue to keep citizens indoors as governments eye reopening their economies while being mindful about the possibility of a second wave of infections.

Europe’s two biggest nations, France and Germany, have opted for a gradual reopening. In Germany, Merkel’s government has seen far-right protesters on the streets as extremists increasingly exploit “lock-down fatigue,” but the government continues to argue for a careful approach.

While Germany has reported 176,551 cases, it has kept its death toll below 8,000. Germany has now reopened schools to allow for exams and small shops are allowed to be open as long as they follow social distancing rules.

France is similarly choosing a measured approach. From May 11, schools have reopened and citizens are allowed to once again travel freely within a 100-kilometer radius. French officials continue to strictly monitor the capital, Paris, wary of another outbreak in the tight confines of the busy metropolis.

France recorded a similar number of cases to Germany, but its COVID-19 death toll is significantly higher at 28,111.

Greece, one of Europe’s poorest countries, reopened its important hospitality sector. Beaches were crowded over the weekend of May 16-17 as internal travel restrictions and school closures were lifted. The country is now in “stage three” of its planned reopening, which will see historic sites, large shopping malls, and high schools reopen.

Greece implemented an early lockdown which appears to have kept cases below 3,000, with 163 deaths. As the Greek government monitors the situation, authorities check citizens for their temperature and face masks remain mandatory.

One of Europe’s richest countries, the Netherlands, opted for a slower reopening of its economy. Between now and September 1, the small European trading nation is hoping to move from small shops reopening to once again organizing sports and large public events at the end of its five-stage roadmap.

The Dutch government has announced it will provide testing kits for anyone who shows symptoms and masks will be required in order to use public transport. The Netherlands has so far recorded 44,341 cases and 5,713 deaths.

Italy and Spain became a global topic of daily discussion as their older populations suffered heavily from the first large outbreaks of COVID-19 in Europe. Both countries have now recorded the fewest daily deaths since March and are cautiously optimistic about the lifting of lockdown measures.

In Italy, restaurants bars and cafes reopened on May 18, following an earlier easing of restrictions on construction companies, manufacturing firms, and restaurants offering takeaway menus. For the first time in two months, Italians are allowed to exercise outdoors and Italy announced it would once again welcome foreign tourists starting June 1. Italy has recorded 225,435 cases so far, with 31,908 deaths.

Spain’s major cities have seen few restrictions lifted so far. The government considers its largest urban centers to remain in “phase zero” of a four-stage plan to lift COVID-19 measures. Outside of its large cities, provinces are considered to be in the first phase, allowing gatherings of up to ten people.

Outdoor seating in restaurants and bars are allowed to reopen outside of Barcelona and Madrid, although face masks on public transport are mandatory and small businesses may only open for individual appointments with customers.