Current and former world leaders are urging for COVID-19 vaccines to be free and universally available. 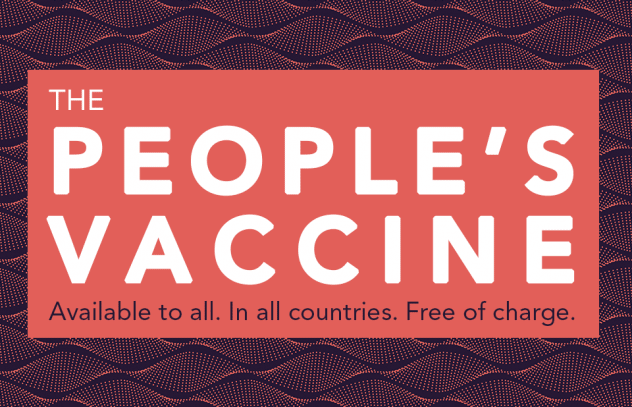 On May 14, UNAIDS launched an initiative calling for a “People’s Vaccine.” The initiative hopes to realize a patent-free, universally accessible COVID-19 vaccine that can be provided at no cost. A broad swath of dignitaries, experts, and current and former world leaders are expressing support for the ambitious plan.

Several politicians and leaders from the greater MENA region have signed onto the call to action, amid fears that developing nations could struggle to gain access to an eventual COVID-19 vaccine.

The UNAIDS initiative calls on health ministers to urge for a free and available vaccine at the World Health Assembly, which dictates the political element of the WHO. Cyril Ramaphosa, president of South Africa, said a vaccine is the best hope for “putting a stop to this painful global pandemic” and should be made available as a global public good.

Other signatories such as President of Pakistan Imran Kahn and several African leaders are concerned that a COVID-19 vaccine, likely developed in the Global North, would not be available or affordable to developing nations.

“We cannot afford for monopolies, crude competition and nearsighted nationalism to stand in the way,” stated the signed letter that announced the initiative.

Activists also raised concerns over the eventual distribution of a COVID-19 vaccine. The current struggle that developing nations are facing in acquiring sufficient medical supplies has led many to fear that poorer countries will be unable to acquire vaccines.

Ebba Kalondo, a spokeswoman for the African Union, told the Financial Times (FT) that although African countries had made efforts to pool resources to buy testing kits and protective equipment, richer countries outbid them.

Similar to bidding wars between US states, the highest bidder gets the order while the “loser” must find a solution elsewhere. The UNAIDS initiative is now trying to prevent an eventual scramble for vaccines that could leave poorer countries without access to the vital resource.

“Even when we are paying market rates, we are not getting the goods because they are being taken by richer countries,” Kalondo told the FT. “We have to think about solidarity as a practical and pragmatic realization of shared vulnerability and the common interest to fight a threat we cannot fight alone . . . We cannot have pockets of well-being in a world that is unwell.”

The open letter announcing the initiative called on the WHO to heed lessons of past issues with vaccine distribution for HIV and Ebola, while taking courage in previous civil society action that ensured AIDS treatment became available to all who need it.

WHO leadership is called upon to ensure global knowledge-sharing on COVID-19, produce a plan for the eventual manufacturing and distribution of vaccines, and ensure such a vaccine will be free to all. More inclusivity of civil society actors and increased transparency at the WHO could “lock-in accountability for this agreement,” according to the letter.

Calling on a “bold international agreement” with “equality and solidarity at its core,” the initiative calls on actors to remove barriers to healthcare for rich and poor people across the world. With 140 dignitaries and experts supporting the call, UNAIDS hopes to raise awareness and influence the proceedings at the World Health Assembly.

As UNAIDS spreads the news and health ministers have the opportunity to commit to the initiative, a glimmer of hope for global solidarity shines. Preventing a scramble between nations, once a COVID-19 vaccine is ready, could set an example for future cooperation and provide hope to millions of people living in developing countries.