Piety Before Precaution: A New Religious Extremism in the COVID-19 Era

From ultra-Orthodox Jews in Israel to Bangladeshi Muslims to Christian preachers in the US, some extreme religious followers are ignoring COVID-19 warnings and gathering in large crowds. 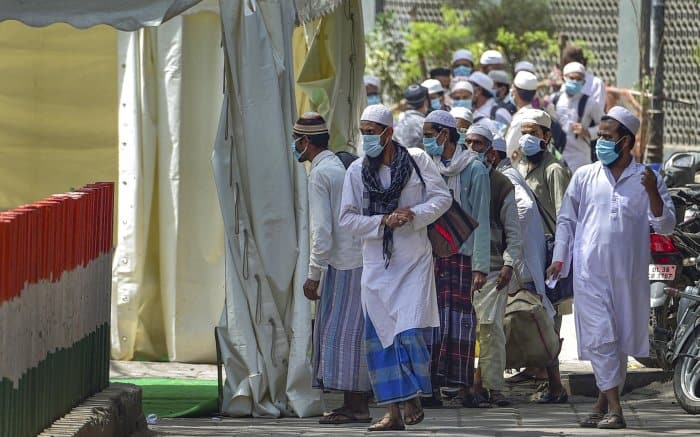 A new form of religious extremism has emerged. Unlike mosque attacks, suicide bombings, and cheap imitations of a caliphate, this extremism is non-violent. However, it could claim more lives than terrorism ever has. The victims will be the unsuspecting families, friends, and neighbors of those who flaunt COVID-19 warnings because of their personal interpretations of common religious beliefs.

Millions of religious and non-religious people alike are doing their part to stop the outbreak. They have given up income to stay at home or work under difficult circumstances to provide the essential services we all depend on. But some people are taking religion to a new extreme, where piety prevails over precaution.

In the US, some Christian preachers are urging their congregants to attend Sunday service, claiming that fearing the virus evidences a lack of faith. The pastor of one Florida mega-church was arrested on March 30 for organizing Sunday services with hundreds of attendees. The pastor claimed “religious discrimination” was the reason for his arrest. Public officials called the pastor’s actions “shameful” and “reckless.”

183 attendees of a gathering of Indonesian Muslims on the Island of Java had to be quarantined directly after leaving the mosque where they had gathered. “The news about confirmed Covid-19 carriers among the participants stirred a widespread panic in the neighborhood and prompted authorities to deploy policemen and soldiers to prevent anyone in the mosque from leaving,” according to the Jakarta Globe.

“Showing wisdom in abiding by national decisions taken in the face of this global pandemic is necessary and fundamental to contain the spread of the virus,” Rabbi Yoshiyahu Yosef Pinto stated, according to Morocco World News.

A gathering of 30,000 Hindus celebrating the annual floating chariot festival in Penang, Malaysia is causing grave concern over the potential spread of COVID-19. Authorities are asking all attendees to get tested, while the festival’s organizers are proudly proclaiming that there have been “no reports of cases yet.”

Malaysian and Indian Hindu nationalists are framing the South Asian coronavirus epidemic as a specifically Islamic issue after a large Muslim gathering in the region was linked to the virus.

ISIS, undoubtedly the most prominent religious extremist organization of the last decade, has issued COVID-19 travel bans to its followers. With 200,000 worldwide casualties of religious terrorism since 2010, this new form of coronavirus-flouting religious extremism could easily claim a higher death toll in less than one year.

Meanwhile, mosques, churches, and temples around the world are providing methods to worship via live stream. Religious leaders have helped spread life-saving information and religious organizations are helping the poorest survive the economic consequences of the pandemic.