North Korea has forged ahead with a volley of “successful” missile tests, denounced by South Korea as the COVID-19 pandemic rages on. 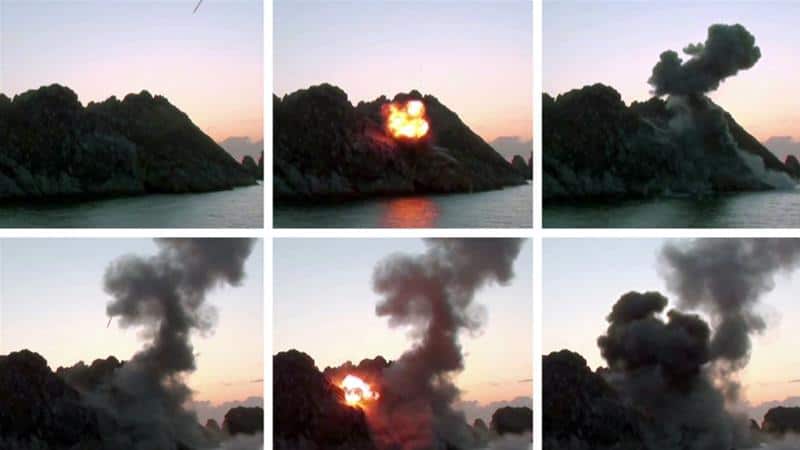 North Korea launched another two short-range missiles on Sunday, March 29 and appears to be forging ahead with its traditional spring season weapons testing regime, unphased by the global novel coronavirus pandemic.

The South Korean military confirmed the test took place, specifying that two short-range missiles were fired from the North Korean city of Wonsan and were airborne for approximately 410 kilometers before exploding into the ocean.

South Korea’s joint chiefs of staff issued a statement condemning the latest testing in light of the coronavirus pandemic.

“In a situation where the entire world is experiencing difficulties due to Covid-19, this kind of military act by North Korea is very inappropriate and we call for an immediate halt,” the JCS statement read.

It is unclear if North Korean leader Kim Jong Un, who oversaw a volley of rocket testing last August, attended the launch at the Academy of National Defence Science alongside Ri. Nevertheless, it appears the uptick in testing is a show of strength from North Korea, which claims to be unaffected by the COVID-19 outbreak that has rocked neighboring China and South Korea.

A total of nine rockets have now been fired over rounds of testing in March, the highest number fired in a single month, says North Korea missile program expert Shea Cotton.

That’s on a par with 2016 and 2017 which “were huge years for North Korea’s missile program,” tweeted Cotton, who is responsible for the North Korea Missile Test Database.

This March is now tied for the most DPRK missiles launched in a month (alongside August 2019). Coming this early in the year, the only time we’ve seen tests this frequently were in 2016 and 2017, both of which were huge years for North Korea’s missile program. pic.twitter.com/USEZwBSDIK

Denuclearization talks have been on hold between North Korea and the US since a failed summit between Kim Jong Un and US President Donald Trump in February 2019.