Legendary Lebanese producer Zeid Hamdan and Syrian jazz artist Lynn Adib are bringing their Arab pop-electro beats from their home to yours with their new “Bedouin Burger” collaboration. 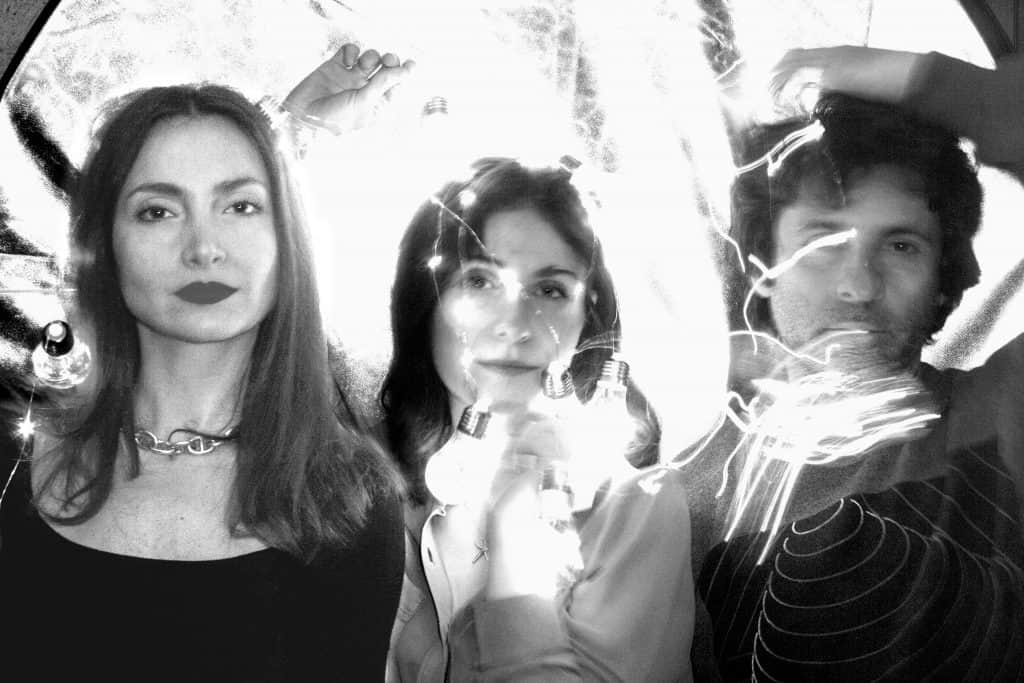 Their first original track, “Taht el Wared” or “Beneath the Roses,” is a slow-burning but catchy tune inspired by French artist Barabara’s 1964 song “Nantes.” The Bedouin vibe, Adib’s voice, and Hamdan’s bouncy synth-rich backing track will make you want to get up and dance around your lounge room as you dream of pumping it through the car stereo on the way to a post-lockdown adventure.

Hamdan describes their debut as “a painful scream turned into a release of steam,” and Adib says its inspiration came from a much darker place than the project’s psychedelic artwork might suggest.

Adib explained that the idea came to her after a visit to her husband’s grave, saying “I felt strange leaving him there by himself (beneath rocks and roses).

It was “as if he’s still alive and waiting for us to entertain him. At that time I used to often listen to ‘Nantes,’ a song by the French singer Barbara, and she described how her dad was equally left alone asleep ‘en dessous des roses.’ After that day, I felt this song had to be brought to life.”

For Hamdan, who rose to prominence as part of the cult Arabic language indie electro-pop trio Soapkills, says “Beneath the Roses” is a song for and of our time.

“I think the song resembles our existence today. Surviving chaos and death through an intense celebration of life and love,” the softly spoken producer told Arab News. “I think we both put into this project what we love most and were open to each other’s ideas,” he added.

“Taht el Wared ” is everything that is great about modern Arabic elctro-pop, it’s groovy, upbeat, with lyrics that go much deeper than the vibrant beat suggests–and last but not least, it is accessible for a wide variety of audiences, Arabic speaking or not.

The Beirut-based duo landed on the name “Bedouin Burger” because of Adib’s heritage and the way “Bedouin” embodies the idea of freedom both physically and artistically—something we are all dreaming of right now.

“The Bedouin choice is also this desire to belong to no specific place or country, to be ‘free’ and move around, to be primitive, to look at life in a rawer way yet apply our experience and knowledge to it,” she said.

With plenty of time to jam together amidst Lebanon’s coronavirus lockdown, Hamdan and Adib plan to release a new “Bedouin Burger” song, video, and artwork each month. If confinement is what it takes for us to get great tunes like “Taht el Wared,” let us appreciate “Bedouin Burger’s” as a silver lining.