Israel’s interim cabinet bypassed parliament to grant security services access to the smartphone data of citizens with the new coronavirus, a move critics call a “power grab” and a threat to civil liberties. 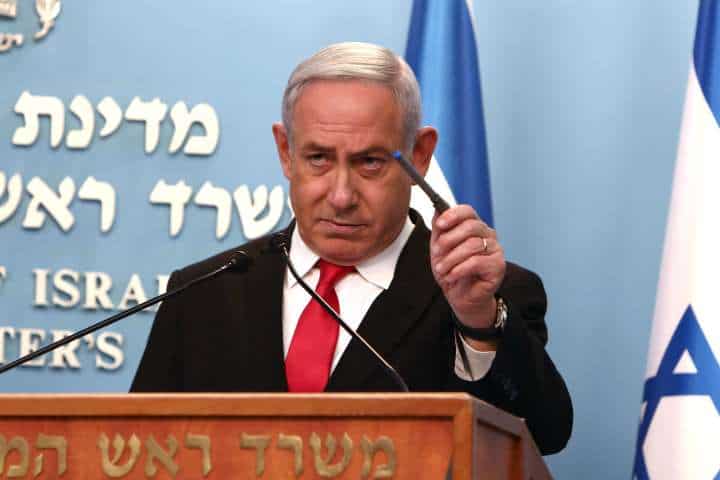 Benjamin Netanyahu’s holdover cabinet circumvented Israel’s Foreign Affairs and Defense Committee. In the early hours of Tuesday morning, March 17, the cabinet approved new measures that allow security agency the Shin Bet to access smartphone data of people infected with COVID-19. The agency is authorized to retrace their movements to identify and notify other potentially infected people.

Israeli police will also have access to data to ensure that those under quarantine respect the conditions of their confinement. The security services will have unprecedented access to civilian phone data, without requiring a court order, for 30 days, Netanyahu announced.

“Israel is a democracy and we must maintain the balance between civil rights and the public’s needs,” Netanyahu said.

“These tools will very much assist us in locating the sick and stopping the virus from spreading,” he reassured Israelis in a televised speech on Monday night, March 16.

Israel is host to 337 of the 196,640 confirmed novel coronavirus cases worldwide. Tens of thousands are in Israeli quarantine after arriving from foreign countries or coming into contact with potentially infected people within Israel.

The country has already shut down eateries and public places and requires international arrivals quarantine for two weeks. Approximately 70% of its public sector will soon receive one month’s paid leave to stop COVID-19’s spread.

One of the surveillance plan’s architects, Transportation Minister Betzalel Smotrich, told Twitter followers the “mechanism to electronically block the spread of corona” is extreme but justified.

“I can assure you all unequivocally: There isn’t and won’t be a ‘Big Brother’ in the State of Israel, even in the framework of an extreme event like what we are dealing with now,” Smotrich tweeted.

In an attempt to calm concerns over the cyber monitoring powers, a senior Justice Ministry official told Israel’s Channel 13 news, “the information will be given only to the Health Ministry, to specific people with security clearances, and it will be erased immediately after it is used.”

Despite these assurances, Israeli politicians, citizens, and civil libertarians have criticized the government’s use of cyber monitoring technology which is usually reserved for counterterrorism purposes.

Foreign Affairs and Defense Committee head Gabi Ashkenazi described the cabinet’s decision to side-step his committee and the parliament by calling the measure an emergency amendment as a “power grab.”

“The government approved—in the dead of night, in a power grab—emergency regulations, despite the fact that the Foreign Affairs and Defense Committee only started discussing the matter yesterday and was not able to hold the discussion in a serious way and complete it,” said Ashkenazi, a member of the Blue and White party.

“It is unacceptable to approve the use of such a measure in this way, with no parliamentary or public oversight,” Ashkenazi, who is a former Israel Defence Forces chief of staff, added.

Israel’s Attorney General Avichai Mandelblit responded to Ashkenazi’s allegations by emphasizing that the situation was urgent and the decision would “save lives,” but did not elaborate further, The Times of Israel reports.

A statement from the Prime Minister’s Office emphasized the need to act quickly, explaining that “delaying the use of these tools by even one hour could lead to the deaths of a great many Israelis, as occurred with the deaths of thousands in Italy and other places around the world”.

Approval for the surveillance measures will last for 14 days, after which the Knesset can again weigh in on the issue.

The new measures set a “dangerous precedent and a slippery slope that must be approached and resolved after much debate and not after a brief discussion,” said The Association for Civil Rights in Israel (ACRI).

ACRI also argued in a statement that the small gains made by accessing such data “does not justify the severe infringement of the right to privacy. The danger of COVID-19 is not only the virus itself, but the fear that as part of the efforts to overcome the danger, we will also lose our basic values as a free and democratic society.”

China, South Korea, Taiwan, and Singapore have also used mobile phone data in their struggle to contain the COVID-19 outbreak.