Is the EU Too Divided to Avoid Disaster? 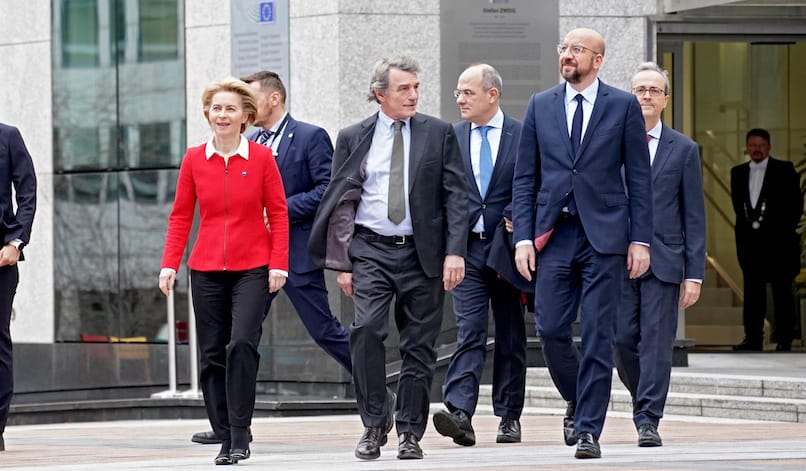 The EU’s senior citizens are dying at an unprecedented rate, brave healthcare workers are contracting the virus because of shortages in protective equipment, and no help is coming from the bloc’s elite.

In what may be one of Europe’s darkest and most shameful days since the end of colonialism, Europe’s elite has been unable to agree on an economic stimulus bill. After an all-night video conference between the finance ministers of the Eurozone, a disagreement over sharing the financial pain of the crisis has left European citizens with no help from their elected representatives.

Sixteen hours were not enough to come to an agreement, while hundreds of Europe’s elderly and sick people died before the meeting was called to an inconclusive end. Portuguese finance minister Mario Centeno suspended the talks after the traditional north-south divide in EU politics spelled doom for any agreement.

The culprits of the disaster appear to be the bloc’s richest nations. The Netherlands, highly reliant on trade with the EU for its income, had little compassion for Italian and Spanish representatives. Similarly, the richest nation in Europe, Germany, ensured the EU would continue to spiral in chaos and division as they too opposed the agreement.

The Netherlands and Germany did not agree with Mediterranean countries that the debts accrued during the crisis should be shared among EU members. Instead they argued that countries such as Spain and Italy would face higher costs for using the credit lines the agreement proposed.

Southern EU countries have higher national debt and, as such, would pay higher interest when using credit. The bloc of Mediterranean nations asked for EU nations to issue ‘coronabonds’ to share the cost of credit made available to fight the economic impact of the COVID-19 crisis.

After a month of rhetoric about solidarity, the governments of Angela Merkel and Mark Rutte had little compassion for their Southern neighbors. If those countries with higher national debts wanted to use available credit, they would have to pay for it.

The COVID-19 crisis has revealed that the EU’s efficient healthcare systems, cut down by a decade of austerity, did not deserve their top-tier rankings among the world’s best healthcare systems. Shortages of personal protective equipment, caused by healthcare systems unable to provide much more than its regular daily tasks, have resulted in those on the front-lines of the pandemic contracting the virus themselves.

After Brexit, EU nations highlighted how Britain would now not be able to count on the solidarity of the European Union. Now that a health crisis has tested the EU, it has become clear that solidarity might have been an illusion all along.