The immense task of repatriating 200,000 Indian citizens stuck in the UAE due to COVID-19 began today with special flights for 354 passengers. 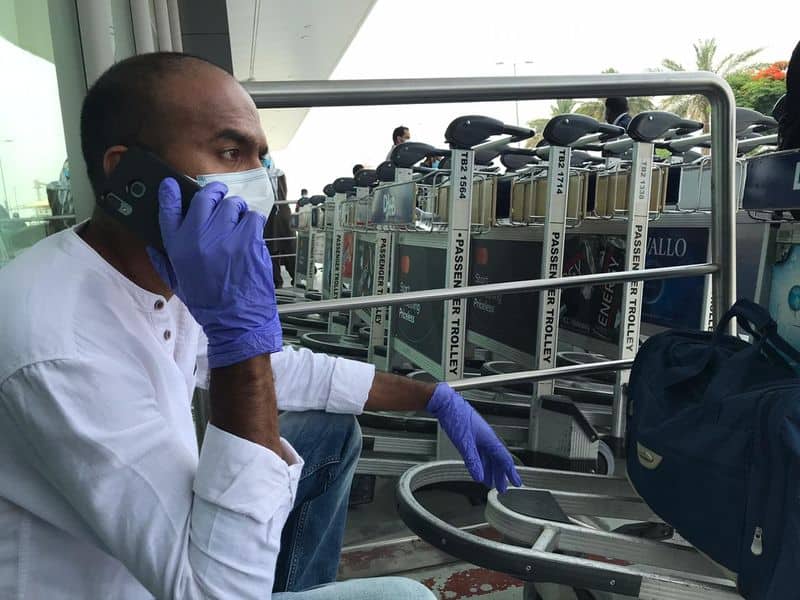 The two India Air Express flights were the first in what the Indian embassy and consulate is calling a “massive” repatriation operation. In addition to the 354 people flown out today, authorities are working to return home some 200,000 Indian nationals who registered their interest in repatriation, planning for special flights over the coming weeks and months.

The elderly, pregnant women, workers “in distress,” and other passengers “stranded in difficult situations” were the first Indian nationals to board flights home from the United Arab Emirates on Thursday, the Consulate General of India said in a May 4 press release.

India’s Consul General Vipul, who led the repatriation effort, attended the airport in person to see off the first batch of returnees.

“I am very happy that the first flight from Dubai to India is going today,” he said in a video posted on Twitter.

“Everyone is very happy that they’re going back, of course this has been a very difficult time for all of us in the pandemic situation. I am happy now that some flights for India are resuming,” Vipul said.

“We tried to accommodate everyone who was in acute distress and had been stranded for some time,” the consul general added.

The Challenge of Choosing Passengers

Many Indian workers have decided to return home after losing their jobs or having their hours cut due to COVID-19 closures and movement restrictions. Others, such as 42-year-old Ajith Pullanikottil, were desperate to return home due to bereavement.

Pullanikottil, whose mother died two days ago, secured the last seat on the Dubai-Kozikhode flight after another man was removed due to outstanding immigration issues.

“I arrived before 12 noon. An official from the consulate told me I was put on the waiting list,” the IT engineer told Gulf News. “Destiny is with me in this sad time,” a beaming Pullanikottil said after receiving his last-minute boarding pass.

Short-listing people for the first repatriation flights was not easy, said the Indian Consulate in Dubai’s press officer, Neeraj Agrawal.

“It has been a big challenge. Our only concern is that despite our best efforts, sometimes people with more compelling reasons might have been left out for the first flights because of the [large] number of people who reached out to us,” Agrawal added.

Passengers were encouraged to arrive at the airport five hours prior to departure, to allow for slower processing times due to strict COVID-19 health and safety precautions. Only ticket carriers were allowed to enter the airport terminal and all received masks and gloves upon arrival. Every passenger was subject to IGM/IGG COVID-19 antibody blood tests and must quarantine for 14 days upon arrival back in Kerala.