Several countries have offered up apps to fight COVID-19. How do they work and what are their risks and benefits? 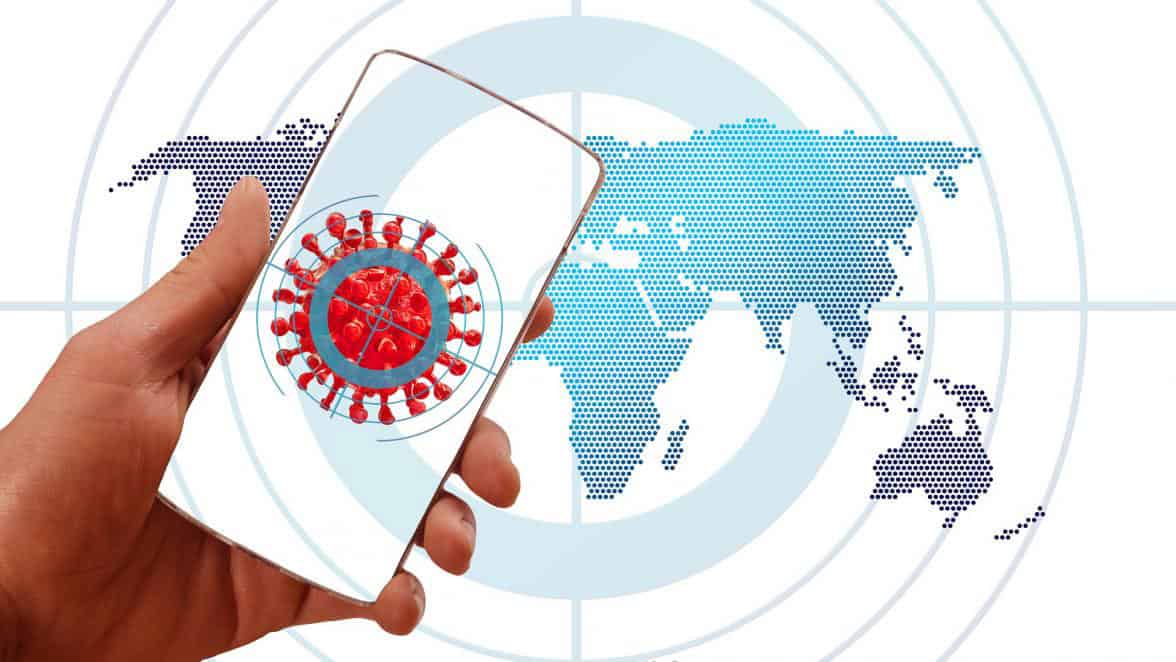 Around the world, countries are desperate for a way out of the pandemic crisis. COVID-19 measures such as lockdowns severely limit economic activity while the virus presents a constant threat to the well-being of society’s most vulnerable. This perfect storm of a combined health and economic crisis has sent governments and national leaders scrambling for a “quick fix.”

The virus’ continued spread in April clarified that no country will be exempt from this global phenomenon, and the focus has shifted from preventing initial infections to mapping local outbreaks, implementing lockdowns, and performing as much testing as possible. As effective as these measures might be in the long-run, they are a far cry from the quick fix governments had hoped for.

With no chance of developing a vaccine anytime soon, the new tools exciting many governments are tracing apps. In Australia, recent statements argue it is the “quickest way to get the footy back.” In The Netherlands, it is seen as a way to end the country’s “intelligent lockdown.” The British National Health Service is “working closely with the world’s leading tech companies,” and France sees their StopCovid app as an important part of their “exit strategy.”

From Morocco to the UAE to Germany to India, apps are increasingly presented as a way to mitigate the pandemic’s effects on everyday life across the world. Most countries who have expressed they will pursue this strategy are still developing their apps, but many are pitching such a tech intervention to the public as a source of hope in difficult times.

How apps can help

Most apps to address the pandemic work through “contact tracing” via Bluetooth technology. Apps monitor the proximity of other phones and cross-reference the COVID-19 status of the phone owners. If the app notices a user has been in close contact with someone diagnosed with an infection, the person will receive a request to get tested or to self-quarantine for a set amount of time.

Advocates of the apps highlight that if a high enough percentage of people install the application on their phone, monitoring can become effective enough to reduce or even halt mandatory lockdowns. Knowing which citizens have been in the proximity of others, governments can trace local outbreaks and quarantine only those who have had a feasible threat of infection.

Some countries that have had success in dealing with their local epidemics implemented apps that monitor patients, report potential contacts, and trace possible contacts. South Korea and China used the digital technology to map potential infections and quarantine citizens with possible infections.

Examples from Israel and Russia also highlight the personal privacy implications of using these apps. Israel has been accused of using data from their secret national database maintained by Shin Bet, the Israeli secret police. Russians who use the state’s tracing app have given it a one star rating on Apple and Android app stores because of its far-reaching privacy implications.

The difference between problematic and effective apps is largely determined by who handles the data and what is done with it. “It’s easier to have good cooperation when those in charge are not some sort of secret police but a health authority,” author Yuval Harari said about the matter. In Singapore, data gathered by the app was freely shared with the population, allowing people to take personal responsibility in the crisis.

When apps directly report their data to secret service authorities or opaque government institutions, the app becomes a greater threat to the population during and after the pandemic. The fact that the tender for Israel’s app saw pitches from a notorious spyware firm highlights the potential for government abuse with this type of technology.

While it is encouraging that governments are eagerly searching for possible solutions to our current predicament, the fact that each country is developing their own app is raising concerns. Each country having their own data sets, approaches, and technology could easily result in a patchwork of inconsistent results.

As an example, as long as a Belgian app is not compatible to share data with a Dutch app, any Belgian or Dutch citizen that steps over their shared open borders creates a problem. If a Moroccan app warns whenever anyone is within Bluetooth range, which is wider than social distancing standards, and a Spanish app calculates the threat in meters, inconsistent data emerges.

While many of the apps are being presented as a voluntary measure, once implemented, they could prove much more invasive than expected. In order to lift lockdown measures, citizens might be required to show their COVID-19 status via the app in order to carry out essential functions such as using public transport or reporting for work.

China is showing this in practice. Citizens of Wuhan are expected to show their COVID-19 status via a government app in order to enter stores, take the bus, or leave the city. The risks of missed contacts or false positives could mean many people are quarantined wrongfully, while others are encouraged to go outside even though they might be infected.

The app has risks for abuse by the government or by citizens alike. A phone of someone marked as a potential infected person could be willfully used to “mark” others as infected, and sensitive data being shared could pose a security threat, creating an opportunity for hackers. People who are infected but are reliant on their work for survival could simply uninstall or turn off the app to continue to go to work.

On April 20, Australian politician Bob Katter called the idea of a tracking app “Orwellian,” while other critics have highlighted that false positives from Bluetooth’s questionable efficacy may lead to panic or confusion. The success of COVID-19 tracing apps appears to stem from widespread use. Whether a purely national approach can stop the global crisis remains to be seen.

Perhaps leaving the development of such a tool to a trusted international body like the WHO could prove more fruitful, especially in countries where citizens fear their government. How much of a “quick fix” these apps prove to be will soon become clear as more and more governments roll out their own versions.