Global institutions stress that the pandemic is not only a major health crisis, but could also reverse decades of progress in international development. 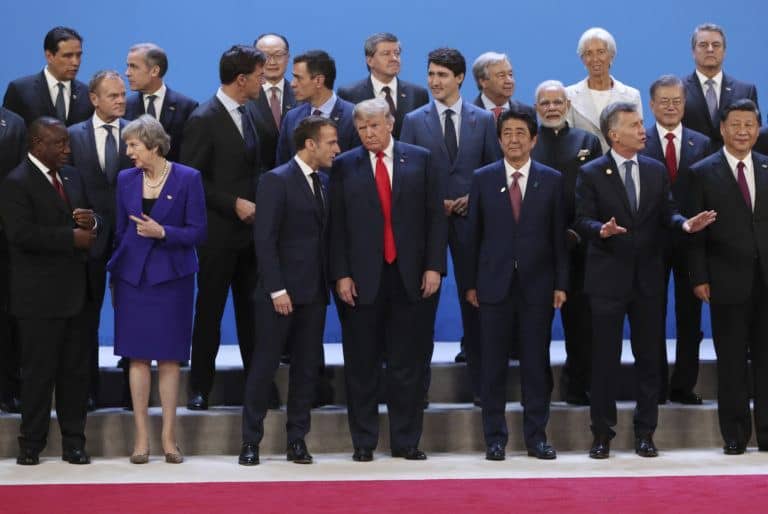 The G20 promised on March 31 to present an action plan to address debt in the world’s poorest countries. The world’s 20 strongest economies have pledged to support low-income nations’ debts following an $83 billion outflow of capital since the coronavirus pandemic started.

Working with the International Monetary Fund (IMF) and World Bank, the finance ministers and central bank leaders are addressing the lack of liquidity available to countries with weaker economies. Put simply, liquidity refers to having enough reserve cash at hand to pay “the bills” while receiving less revenue than expected. Liquidity is weakening in many poorer nations: The pandemic has reduced revenues from taxes, while foreign investors shift their money away from perceived risky investments.

The G20 action appears to come in direct response to a March 25 call from the IMF and World Bank. The two global institutions have for weeks attempted to highlight the potential damage the COVID-19 pandemic could have on developing nations. Their call urged all bilateral creditors to suspend debt payment from the world’s poorest nations. The World Bank classifies these countries as “IDA” countries, referring to the International Development Association loans these nations are eligible for.

The IMF and World Bank asked the G20 to allow the global institutions to assess which countries are most in need, and to prepare a proposal for finance and debt relief. G20 nations are expected to present and forward the plan at a meeting starting on April 16.

The world’s poorest countries are set to be worst-hit by the pandemic, a United Nations Development Programme (UNDP) report revealed on March 30, with developing countries forecast to lose $220 billion. The UNDP stated: “Income losses are expected to exceed $220 billion in developing countries. With an estimated 55 per cent of the global population having no access to social protection, these losses will reverberate across societies, impacting education, human rights and, in the most severe cases, basic food security and nutrition.”

Many of the world’s global institutions have made calls for solidarity among nations as the crisis develops. Most economic and health complications caused by the coronavirus can be resolved through an approach based on solidarity and our shared humanity, according to the United Nations, the Food and Agriculture Organization, and financial institutions.

The group of nations have committed between $5 and $8 trillion to support economic stability and support for business and people economically affected by the crisis, after the G20 was initially criticized for what many saw as a slow response. The IMF also has a $1 trillion war budget to support the worst-hit economies in the world and stresses that the global economy is only as strong as its weakest links.

Achim Steiner, administrator of the UNDP, said, “This pandemic is a health crisis. But not just a health crisis. For vast swathes of the globe, the pandemic will leave deep, deep scars. Without support from the international community, we risk a massive reversal of gains made over the last two decades, and an entire generation lost, if not in lives then in rights, opportunities and dignity.”

Read also: COVID-19 Will Have Specific Impacts on Middle East