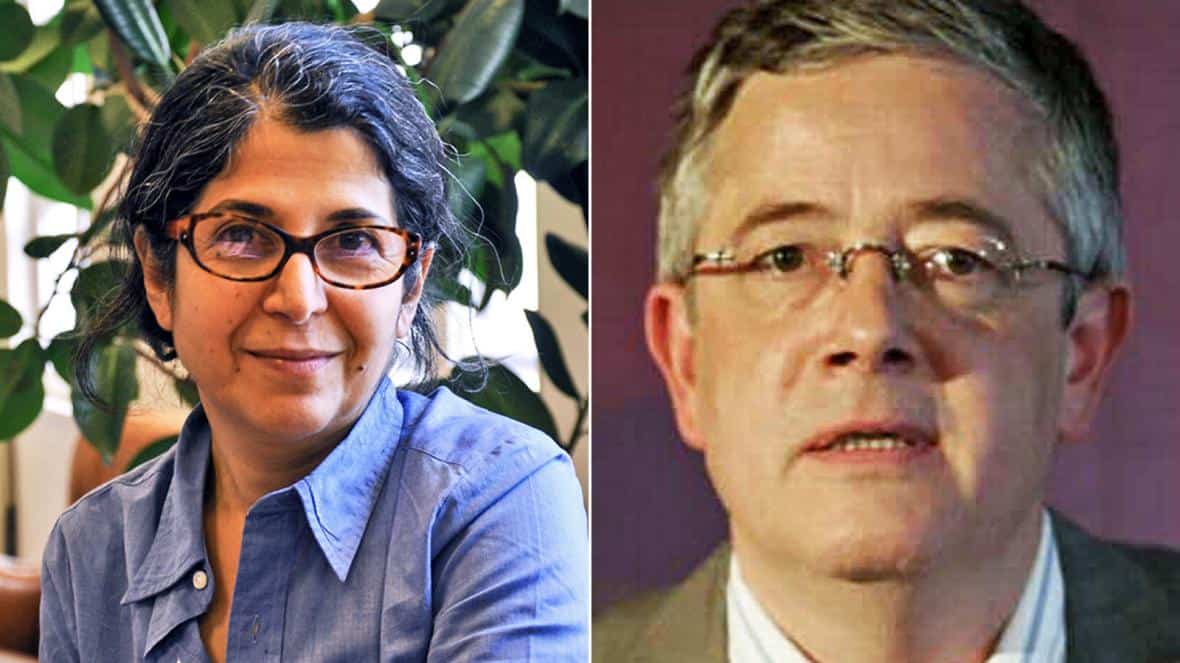 In June 2019, Iran’s Revolutionary Guard Corps arrested French academics Fariba Adelkhah and Roland Marchal while they were conducting fieldwork on behalf of the Sciences Po Center for International Studies.

After spending nine months in a prison in Evin, northern Iran, trial proceedings against 64-year-old Marchal and 60-year-old Adelkhah commenced behind closed doors in Tehran on Tuesday.

The researchers’ lawyer said they are charged with “propaganda against the political system of the Islamic Republic” and “conspiring against national security.”

Espionage charges against Adelkhah, who is originally from Iran and holds dual-citizenship, were dropped in January.

Paris-based supporters of the “scientific prisoners” released a statement on Tuesday saying that only Fariba Adelkhah was present at the trial. The trial has apparently been adjourned sine die.

Members of the Parisian support group also believe that Adelkhah did not have access to her lawyer and French consular officials were unable to observe proceedings. Iranian authorities are yet to comment on the trial.

Marchal may not have attended the hearing because “he refused to appear before a masquerade of justice, he was not summoned, or he was not able to appear given his deteriorating state of health,” the support committee suggested.

The academics’ physical and mental health is a growing cause for concern, according to French authorities and supporters, who claim they have been held in almost complete isolation, denied contact with family, each other, and French consular authorities.

Adelkhah is also reportedly suffering from kidney problems stemming from her 49-day hunger strike that ended on February 20. She has allegedly been denied medical treatment.

With the researchers’ trial now adjourned to an unknown date, there is a possibility that Adelkhah and Marchal could join 54,000 other Iranian prisoners released temporarily to help stem the transmission of the novel coronavirus (COVID-19) among the prison population.

In the meantime, Adelkhah and Marchal’s confinement in the overcrowded Evin prison, frail health, and advanced age place them at greater risk of contracting COVID-19. At last count, the virus had killed 92 people in Iran.

Advocates for British-Iranian charity worker Nazanin Zaghari-Ratcliffe, who is also being held in Evin prison, said on Tuesday she could be released on furlough in the coming days.

Zaghari-Ratcliffe told her husband that she began showing symptoms of the disease, but claims Iranian authorities refuse to test her.

The French foreign ministry summoned Iran’s Ambassador to France to discuss the researchers’ imprisonment in December.

A statement from the Ministry said it had again requested both prisoners be released without delay. The statement reiterated France’s “extreme concern” for the prisoners’ health and “demand for consular access, thus far refused.”

Iran does not recognize dual-citizenship and its Foreign Minister has called France’s involvement in Adelkhah’s case “meddlesome and unacceptable.”