Religious gatherings have been suspended in Egypt, citizens over 65 are to be locked down in Turkey, and the Lebanese military has mobilized to enforce COVID-19 measures as the number of cases in the three countries hit a combined total of nearly 1,500 on March 22. 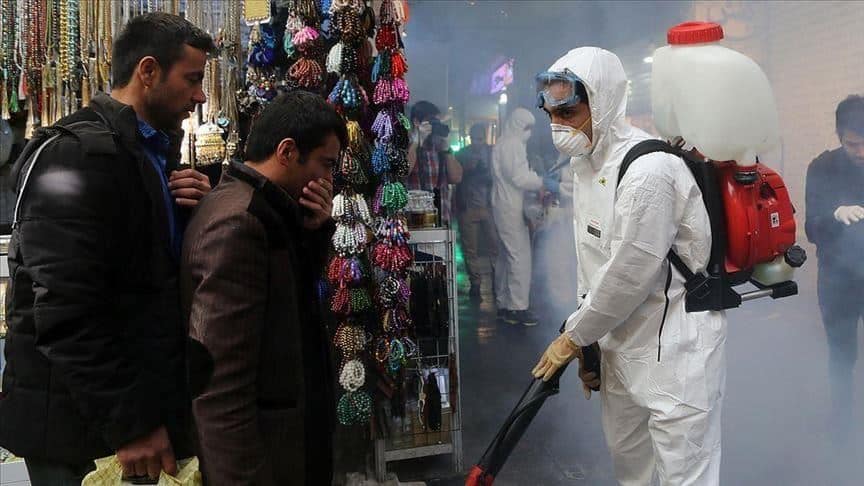 Egypt has moved to suspend religious gatherings and close all museums and archaeological sites in spite of assurances from the Health Minister the state is “in control” of the novel coronavirus (COVID-19) outbreak.

There are 294 confirmed cases of the virus in Egypt, 10 deaths, and 42 recoveries recorded to date.

All mosques and Islamic places of worship across Egypt will be closed for two weeks beginning Saturday, March 21, “for the necessity of preserving souls.”

Churches have been ordered to close their doors, and mass and monastery visits will also be suspended for two weeks, the Coptic Orthodox Church announced Saturday.

Meanwhile, the Secretary-General of the Supreme Council of Antiquities, Moustafa Waziri,

declared all museums and archaeological sites are to be closed from Monday, March 22 until March 31 to permit “sanitizing and applying safety precautions and preventive measures against coronavirus.”

On a lighter note, the Ministry of Tourism and Antiquities has shared a message from the famous Pharaoh King Tutankhamun.

‘’For thousands of years I have seen it all, and I have learned that the sun always shines after the storm,’’ a Ministry Facebook post said accompanied by the hashtags #stayhome, #staysafe, and #ExperienceEgyptSoon.

The new measures announced on Friday and Saturday come on top of a raft of COVID-19 curbs already in place in the North African country, including university and school closures; suspension of international flights; a shutdown of eateries, bars, shopping malls; and a curfew for essential businesses permitted to remain open.

Egypt’s Health and Population Minister Hala Zayed told Egyptian TV on March 20 that authorities had coronavirus under control but urged citizens to adhere to anti-coronavirus measures like social distancing and self-quarantine to prevent a larger outbreak.

“Until this moment, we have been successful in tracking the contacts of every case; however, if [people don’t commit to social distancing], it is doing to be very dangerous,” Zayed said.

A week after the Lebanese government told citizens to stay home, Interior Minister  Mohammed Fahmi announced it is now illegal to defy the lockdown, and the nation’s security agencies have been mobilized to enforce the measures.

“The law will be implemented on everyone. Every violation threatening public safety will be suppressed and I won’t receive phone calls from anyone,” Fahmi declared at a press conference on March 22.

“The plans include staging patrols and erecting checkpoints on roads to enforce commitment to the taken measures,” Diab told Lebanese people in a televised address to the nation.

Diab stressed that, “we are in great danger and triumphing over coronavirus can only happen through cooperation between the state, the society and the citizen.”

Lebanon’s Health Ministry said there were 248 confirmed cases of COVID-19 on March 22, including four deaths and eight recoveries.

Turkey has moved to restrict the movements of senior residents with chronic illnesses as the country’s coronavirus death toll jumped from 9 to 21 on March 22, with a total of 947 confirmed cases.

“As of midnight today, the citizens aged 65 and over and also people who suffer from chronic illnesses are restricted to go out of their homes and to walk in open areas such as parks, gardens,” a statement from the Interior Ministry advised.

Only essential public officials and pharmacists will be exempt from the new restraint aimed at protecting the elderly, who based on current statistics are most at risk of contracting a severe case of coronavirus, the state-run Anadolu Agency reported.

From March 22, food-service establishments like restaurants and bakeries can only stay open if they offer customers takeaway or delivery, according to Reuters.

Turkish education institutions have been closed since March 13 but students will be able to keep up their studies from home when a new digital education platform launches on Monday.

“I hope we will get over these difficult times together. Just follow the rules and guidance and also continue staying at homes,” President Recep Tayyip Erdogan reassured the Turkish people via Twitter.

The country has also moved to suspend flights to another 46 countries including Canada and Turkish-held northern Cyprus, on top of the flight bans already in place for 22 countries.