COVID-19 spreads across the African continent – an overview

Lagos, Africa’s largest city, is closing down. Is the continent ready to deal with the shocks of COVID-19? 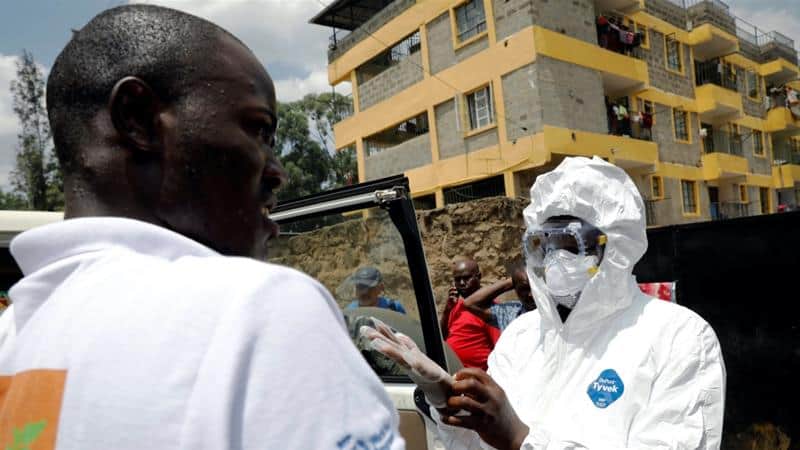 The streets of Lagos, Nigeria were deserted on Tuesday, March 31 as Africa’s largest city shut down in an effort to contain COVID-19. Home to 20 million people, the city’s usually bustling streets have been brought to a standstill for at least two weeks. Checkpoints with police units, outfitted in protective gear, are keeping roads clear and businesses shut.

African nations like Nigeria face a difficult choice. Containment efforts such as lockdowns proved to be an old-fashioned but effective approach in China, but many nations lack the financial capacity to ensure citizens have enough economic support to endure their isolation. China rapidly distributed a three-month supply of medicine to its population and was able to distribute funds to its citizens during its quarantine. Without this capacity, lockdowns could significantly impact poor people who depend on daily labor or trades for income.

Experts warn that many African countries’ healthcare systems lack the capacity to deal with a significant increase in virus cases. North African countries that were first to see COVID-19 cases have responded with lockdowns and have so far slowed the pandemic’s spread. South Africa is currently the African country worst affected, with 1,353 cases, and has responded by implementing a three week curfew.

Many doubt the capacity of African nations to test enough of their citizens. In reality, that worry should extend to most nations around the world, excepting a few countries such as Germany or South Korea, who have turned testing into a national expertise.

African nations do on average have weaker healthcare systems than most developed nations, but experiences from Europe have revealed that healthcare spending does not always indicate success.

France, Spain, and Italy all ranked among the world’s top healthcare systems before the COVID-19 pandemic, yet they are seeing the highest coronavirus mortality rates in the world. These nations host some of the world’s oldest populations and were late to implement lockdowns, providing lessons to the rest of the world.

Andrew Cuomo, governor of New York state, one of the world’s worst-hit regions, said on March 31, “Everyone is subject to this virus. I don’t care how smart, how rich, how powerful you think you are.” Cuomo called the virus “the great equalizer.”

The populations at greatest risk of life-threatening complications from COVID-19 infection are elderly people and those with pre-existing conditions. African nations have the world’s highest levels of HIV and tuberculosis infections, each disease contributing to reduced immune systems. Approximately five % of sub-Saharan adults have HIV and Africa still sees more than two million new tuberculosis infections every year.

However, Africa’s population is also the youngest in the world. With a median age of 19.7, Africans are significantly younger than citizens of those countries who have suffered the highest death rates. In contrast, China’s median age is 38.4, Spain’s median age is 44.9, and Italy has a 47.3 median age.

Africa’s youth may prove a valuable asset in the months ahead. Public health experts have remarked on the expertise many African nations have built dealing with Ebola and other health crises, and remain hopeful that through early containment and economic support measures, African nations could potentially limit the effects of the pandemic.

COVID-19 on the African continent