Many believed drive-in movie theaters were a thing of the past but COVID-19 social distancing restrictions are driving their return, and conservative Iran is no exception. 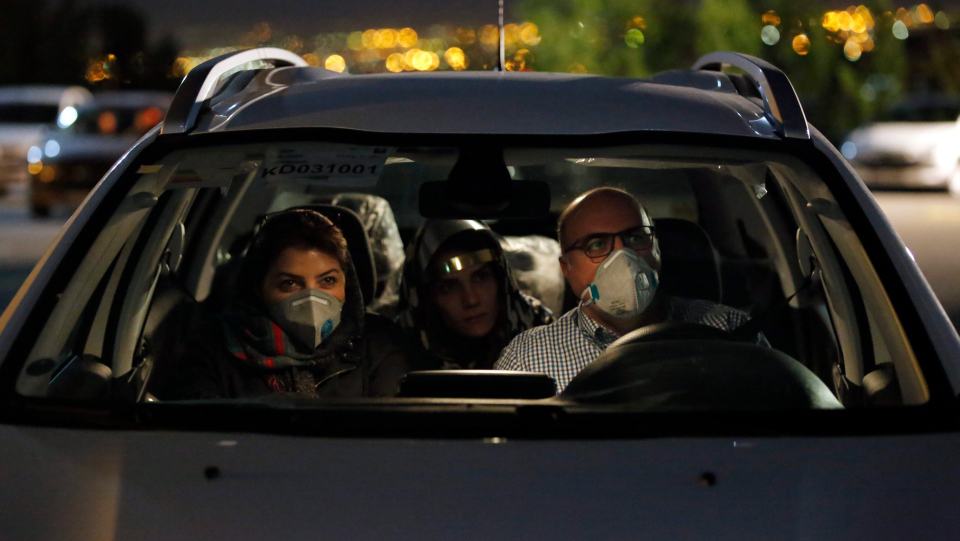 Iranians have not been able to roll into their local open-air cinema since the 1979 Revolution, but with movie theaters closed to curb the spread of COVID-19 the infamous drive-in made a comeback in Tehran last week.

Authorities quickly shut down the open-air movie theaters after the revolution for fear of the immoral acts that could take place in private cars under the cover of darkness. The combined desires of movie makers to get their work on to the screen, in spite of COVID-19, and a public hungry for entertainment heralded the drive-in movie theater’s return to Tehran on May 1.

The open-air cinema sits in a Tehran parking lot, underneath Milad Tower, and is showing a film titled “Exodus.” The project is a collaboration between Owj Arts and Media Organization and filmmaker Nurtaban, who have links with Iran’s hard-line Revolutionary Guard.

The film itself picks up a narrative popular with Iran’s hardliners and tells the tale of peasant cotton farmers who protest against the government, symbolic of moderate President Hassan Rouhani’s regime, after salty water from local dams lays waste to their crops. “Exodus” debuted in February at Tehran’s Fajr Film Festival but, due to COVID-19 cinema closures, could only be shown online until the drive-in cinema opened.

For film goers, it was not the movie that mattered but the opportunity for an outing and to experience something not seen in the rogue-nuclear state for over 40 years.

“It was very fascinating, this is the first time this is happening, at least for people my age,” 36-year-old Behrouz Pournezam told the Associated Press (AP).

Pournezam, who watched the movie from the safety of his car with his wife, told AP, “we are here mostly for the excitement to be honest, the movie itself didn’t matter that much. I didn’t care what movie it is or by whom or which genre.”

Fellow film buff Atefeh Soheili said she enjoyed the night out without having to stress about COVID-19 restrictions for a change.

“Now I’m sitting here with clean hands and if I want to eat something or relax I don’t need to worry about distancing from other people,” Soheili said.

Iran’s newfound interest in the drive-in is not limited to the movies, with in-car prayer services gaining popularity around the country in conjuction with the Muslim holy month of Ramadan.

Mosques remain closed to help prevent the spread of COVID-19, which has killed over 6,200 people in Iran, making it one of the MENA region’s worst hit countries. Imams are instead keeping the spirit of Ramadan alive by holding drive-in prayer services for the faithful.

At Eram Park, a leisure complex outside Tehran, Shiite clerics wearing face masks lead chants and prayers beamed out to attendees via a big screen and their car radios. A service on April 30 drew a crowd of over 100 cars, neatly spaced out by diligent parking attendants.

“When I read on Instagram that this had been set up, I found it to be really creative and beautiful,” the chador-wearing public servant added.

The drive-in prayer phenomenon is being principally driven by maddahs such as Haj Saeed who organized the Eram Park event. Maddahs are a class of Iranian religious figures known as “eulogists of Imams,” who lead worshippers in signing the praises of the Prophet and twelve Shiite imams. They do not have a clerical rank but due to their close relationship with Iran’s hardliners have grown in social standing and political influence since the revolution.