Global markets are reeling from the effects of COVID-19 on global trade, supply chains, and businesses, leading Pakistani PM Imran Khan to warn of dire consequences for the developing world. 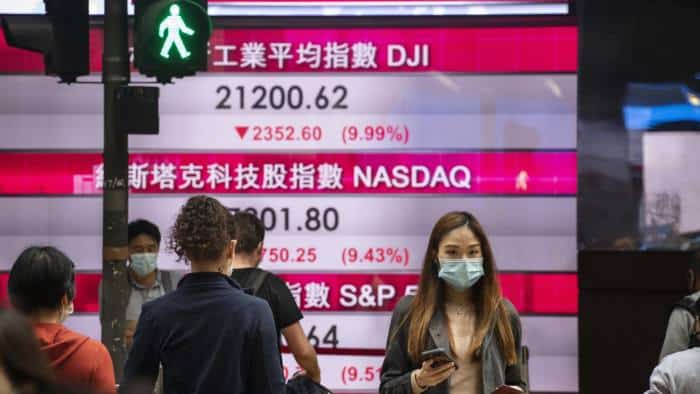 Ramped-up government measures to tackle the coronavirus and the emerging economic fallout is weighing heavily on investor sentiment in the MENA and globally.

In Egypt, 25 of 30 stocks declined, while nine out of 11 Saudi bank stocks rose. Saudi oil giant Aramco also closed up and Qatar’s stimulus plan prompted it to gain 1.1%.

Aramco Chief Financial Officer Khalid al-Dabbagh’s assurances that the company was “very comfortable” with $30 barrel oil prices seem to have restored confidence and led to a 4.7% rise. That combined with a 5.7% rise in National Commercial Bank drove the Saudi markets Tuesday gains.

The announcement of a $20.55 billion stimulus package for the Qatari economy, featuring private sector financial incentives, pushed the market up and into its third consecutive session of gains. Heavyweight Industries Qatar rose 3.5% and Vodafone Qatar was up 3.1%.

Wall Street and the European markets bounced slightly on Tuesday, March 17, after a catastrophic opening to the week.

On Monday, Wall Street experienced the biggest fall since 1987, and European markets are faltering in the wake of Coronavirus fears and economic-slow downs.

Investors seem immune to the US Federal Reserve’s latest attempt to calm the market by imposing a further emergency rate cut on Sunday, March 15. Central banks around the world have followed the Federal Reserve’s lead and taken measures to ease monetary policy.

Monday’s S&P 500 losses were the third-largest daily percentage drop in history, only outdone by “Black Monday” in 1987 and the Great Depression crash of 1929. The US market, however, improved on Tuesday, March 17, opening higher after Monday’s mayhem.

London’s FTSE 100 followed suit upon opening, but the gains fizzled and fell by about 1% during morning trade. European markets are experiencing similar drops as the economic impact of Coronavirus widens, causing confidence to seep out of markets.

Airline, travel, and leisure stocks have borne the brunt of the Coronavirus shutdowns that have ground Europe to a halt, experiencing big losses as a result.

The volatility appears set to continue and the Philippines became the first country to close their stock exchange to guard against the Coronavirus losses.

“With the news flow evolving quite rapidly and liquidity tight, we’re likely to see continued bouts of volatility, which suggests that it’s not a particularly sensible time to be trying to do anything too aggressive from a trading perspective,” Toby Gibb, head of investment directing at Fidelity International in London, told Reuters.

Meanwhile, governments around the world are scrambling to prepare economic packages and funds to deal with the growing costs of Coronavirus as the outbreak takes a toll on trade, markets, and supply chains that are pushing towards another global recession.

“The sudden economic stop caused by COVID-19 containment measures will lead to a global recession this year,” S&P Global declared.

In the wake of worrying about economic losses caused by the coronavirus pandemic, Pakistani Prime Minister Imran Khan is ringing the alarm on the potential consequences for the developing world.

“My worry is poverty and hunger,” Khan told the Associated Press. “The world community has to think of some sort of a debt write-off for countries like us, which are very vulnerable, at least that will help us in coping with (the coronavirus).”