The novel coronavirus (COVID-19) global outbreak entered a new phase on Wednesday when the World Health Organization officially declared it a pandemic. In the Middle East and North Africa, the number of confirmed cases and fatalities continue to rise. 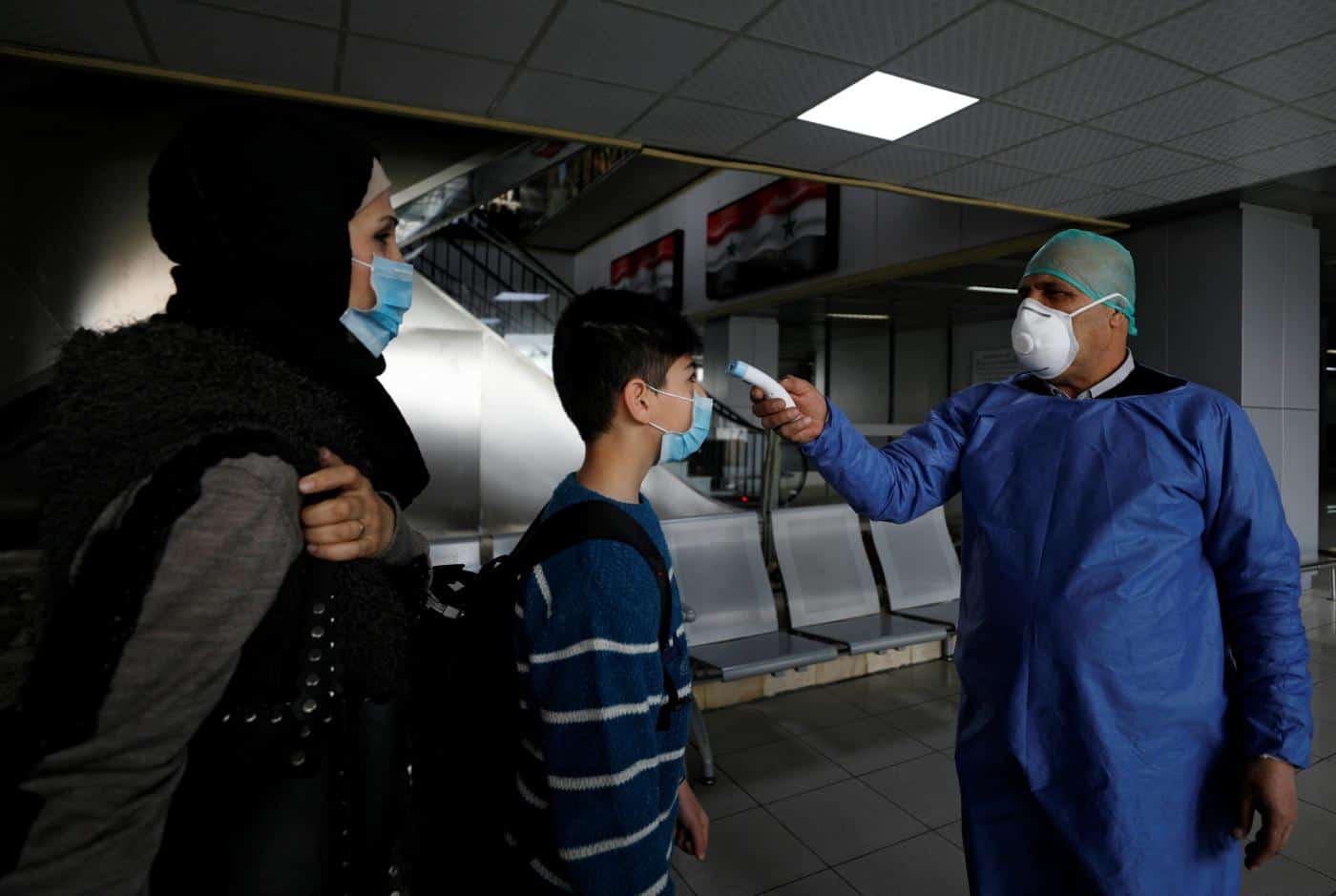 The World Health Organization now identifies Europe as the new epicenter of the disease outbreak, as the number of cases in the United States itself grows rapidly.

Trump has declared a national emergency, with the latest figures from the Center for Disease Control and Prevention placing the number of confirmed cases at 1629 and death toll at 41. Forty-six states are affected and community transmission is occurring, with 129 of the cases reported so far identified as being from ‘close contact’ compared to 138 ‘travel-related cases,’ the government authority reports.

Iran remains the epicenter of the outbreak in the Middle East, but all countries throughout the MENA region are stepping up measures to contain the spread of the disease and prevent a similar catastrophe from occurring.

The death toll in Iran rose to 611 on Saturday, according to Iranian TV. The country has 12,792 cases of the disease, many amongst high-ranking politicians and government members.

There is some positive news coming out of Asia, as the virus’ spread seems to also be slowing in South Korea. On Thursday, the Korea Centers for Disease Control and Prevention (KCDC) released 177 recovered patients from the hospital and recorded only 110 new cases of the diseases.

More than 71,000 people have now recovered from the disease worldwide.

Until this week, Africa had remained relatively untouched by COVID-19 due to a lower level of global exchange between the continent and hotspots like China, South Korea, Iran, and Italy.

Outbreaks in Africa are mostly concentrated in the north, with 93 cases in Egypt, 26 cases in Algeria, 17 in Morocco, and seven in Tunisia.

There are grave concerns over how the African continent would cope with an outbreak given its underdeveloped health infrastructure.

It is also feared that the virus may already be spreading uncontrolled and unmonitored in conflict areas like Syria and Libya, plus amongst the growing number of refugees in Greek migrant camps.

Many countries are entering a state of virtual lockdown as some international flights are canceled and land and sea borders are shut to prevent the spread of COVID-19.

Morocco now has 17 cases of the virus and closed its land, air, and sea borders with Europe on Friday, as 1,500 new cases were reported in nearby Spain.

Flights to Algeria, Spain, Germany, France, the Netherlands, Belgium, Italy, and Portugal are also suspended until further notice. However, repatriation flights for French nationals will go ahead, according to French Foreign Minister Jean-Yves le Drian.

Saudi Arabia has suspended all international flights for two weeks from March 15 and closed its land borders with several neighboring countries. The Qatif province, the source of most of the country’s domestic cases, was quarantined on March 8, with 86 confirmed cases and no deaths recorded to date.

Kuwait has around 100 confirmed cases and has also taken the unprecedented step of banning all commercial flights until further notice.

Different Middle Eastern countries are now accusing one another of using the virus to wage biological war.

Bahrain, in particular, has hit out at Iran, accusing it of “biological aggression.”

Some Iranians have claimed the virus is a US biological weapon.

Tunisia and Israel has ordered all visitors, regardless of their origin, to self-isolate upon entry. Breaking quarantine rules is a criminal offense in Tunisia.

The World Health Organization (WHO) recommends a quarantine period of 14 days and that anyone with symptoms should self-quarantine and call local health authorities.

Masks and sanitizers have flown off supermarket shelves and there are various reports of price gouging on hygiene products.

Across the region, authorities are discouraging public gatherings, including attending mosques, churches, and other religious gatherings.

Saudi Arabia has extended the Umrah pilgrimage suspension and there are concerns the Hajj will suffer the same fate.

Many government agencies, offices and businesses have closed and there are widespread reports of panic buying of essential items like toilet paper, canned food, and pasta. That being said, governments have reassured citizens that essential health services will remain open and food supplies will continue to flow.

Tunisia has closed the national theater, canceled festivals, and events in March, and postponed conferences, lectures, and workshops. Events gathering more than 50 people in confined spaces are canceled in Morocco.

Nowruz festivities to celebrate the Persian New Year have been canceled in Iran and Afghanistan.

Abu Dhabi announced the “main tourist attractions, theme parks & cultural destinations will be temporarily closed from 15 to 31 March to limit large gatherings and protect public health in response to COVID-19.”