The Australian man accused of murdering 51 worshippers in a terrorist attack on two Christchurch mosques in 2019 plead guilty to over 90 charges on Thursday March 26. 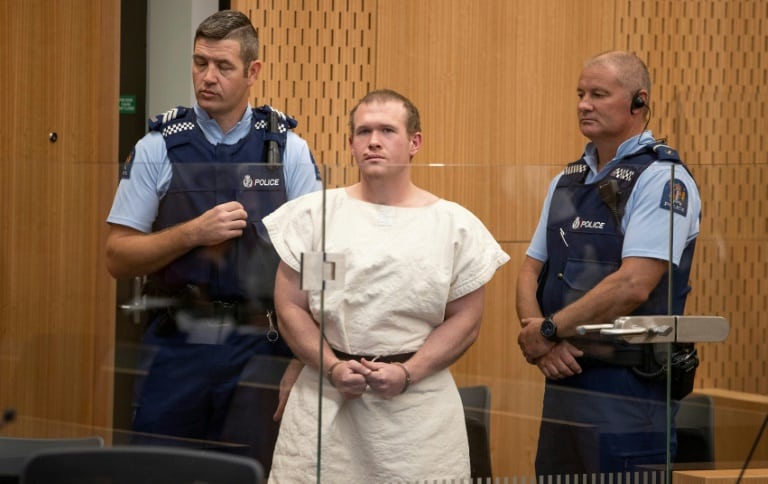 Australian white supremacist Brenton Tarrant admitted to being the lone-gunman responsible for the deadly attack he livestreamed on Facebook. The attack rocked the New Zealand city of Christchurch, and the world, in March 2019.

Tarrant fronted a hastily arranged special session of the Christ Church High Court on Thursday March 26 via video link. The 29-year old defendant, who had requested the hearing, then shocked the court and small group of observers by changing his plea on all charges from not guilty to guilty.

“He has been convicted of each and every one of those charges,” said presiding judge Justice Cameron Mander.

“The entry of guilty pleas represents a very significant step towards bringing finality to this criminal proceeding,” Mander added, according to hearing minutes released by the court.

The lone-wolf attacker’s guilty plea and conviction on 51 charges of murder, 40 charges of attempted murder, and one terrorism charge comes just over a year on from the day his deadly attack shattered New Zealand’s small and peaceful Muslim community.

Members of the community affected by the attack jumped for joy at the surprising news.

Ahmed Jahangir was shot in the shoulder at the Linwood mosque and told Australian broadcaster ABC News: “It was quite surprising and quite shocking for me this morning.”

The mother of Hussein Al-Umari who was killed at the Al-Noor mosque said she jumped out of bed and started dancing after hearing the news.

“I just danced to my favourite music with my son’s photo in my hand,” Janna Ezat beamed.

Ezat said she has been racked with grief since her son’s tragic death, but after hearing the decision she felt the strength to laugh again.

“I’ve been waiting to hear my laugh. I missed laughing,” she said.

New Zealand Prime Minister Jacinda Ardern welcomed the convicted killers guilty plea, saying in a short statement after the hearing: “The guilty plea today will provide some relief to the many people whose lives were shattered by what happened on March 15 [2019].”

The guilty plea means the victim’s families will be spared the difficulty of a lengthy, public trial, previously set to take place in June. Justice Cameron Mander said the court had agreed to hold the hearing at such short notice to prevent any delays from curbs put in place to slow the spread of COVID19.

A date is yet to be set for sentencing but New Zealand police have assured victims that it will take place once the thret of coronavirus has passed, and it is safe for them to attend court, if they wish to do so.

“These guilty pleas and conviction bring accountability for what happened and also save the families who lost loved ones, those who were injured, and other witnesses, the ordeal of a trial,” said Ardern, who has praised in NZ and internationally for her empathetic response to the 2019 attacks

“I can’t make any further comment given that sentencing is yet to happen,” she added.

Only seventeen people, including the Imam’s of the two mosques targeted, were able to attend the Thursday court hearing due to novel coronavirus-related restrictions recently introduced in New Zealand.

On March 15, 2019 Tarrant burst into the Linwood and Al-Moor mosques during Friday prayers and began firing indiscriminately at worshippers, in what became the deadliest terror attack in New Zealand’s history.

In a move that shocked the world further, he callously filmed and live streamed the events via Facebook. The attack prompted New Zealand to raise its terrorism threat level to high, and governments around the world scrambled to get the video taken off the internet.