Tensions are mounting in the Himalayas as skirmishes between Indian and Chinese troops injure more than 100 soldiers. 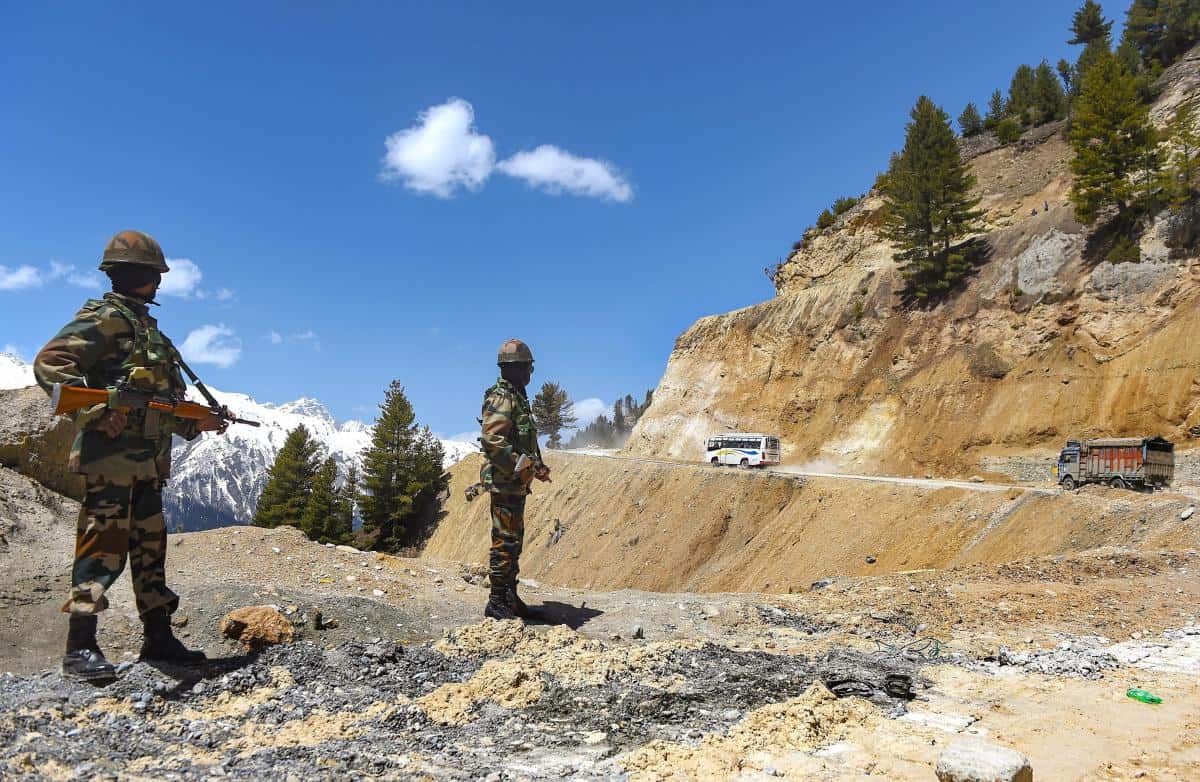 Scuffles between Indian and Chinese troops in the Ladakh region on May 5 and May 9 have increased tensions between the two nuclear superpowers. Soldiers engaged in non-lethal skirmishes, throwing stones and fighting on the disputed border between the two countries.

The clashes between troops highlighted the simmering disagreement over the borders that are now seeing thousands of troops mobilized on each side of the disputed line of control. Satellite imagery revealed a build-up of troops, heavy machinery, and vehicles in the high-altitude region.

The Chinese People’s Liberation Army (PLA) is moving thousands of troops into what India considers disputed territory. The former Indian ambassador to China, Ashok Kantha told the Guardian he considers the moves anything but routine. “This escalation is serious” Kantha said, “I don’t think this is just a localized incident.”

Unlike normal maneuvering in the region, Kantha sees a difference in recent troop mobilization, saying “China’s behaviour is more aggressive this time, backed up by a fairly large number of troops, which is not typical of this border where troop levels tend to be low on both sides.”

What is motivating the escalation is still unclear, according to the former ambassador. “it could be a territorial claim or part of a wider messaging to India that they need to be more mindful of China on sensitive geopolitical issues, he said”

In recent months India has been building roads and airstrips near the disputed line of control which might have prompted a response from Chinese President Xi Jinping’s government.

India’s President, Narendra Modi held a meeting with his security team on Tuesday May 26. Since then, the Indian army has moved several infantry battalions to what it calls “operational alert areas” on the border.

The Guardian reported that India’s external affairs ministry is blaming China for the increased tensions, saying it is “the Chinese side that has recently undertaken activity hindering India’s normal patrolling patterns, the Indian side has always taken a very responsible approach towards border management.”

India’s former Chief of Staff, retired general Prakash Malik told India TV “India is in a position to give a befitting reply to China. The PLA should not hold any illusions about Indian Army’s battle readiness. We are not the army from 1962. I am fully confident of our defense capabilities,” while reiterating that “chances of war are highly unlikely.”

The influx of troops has led to worries that the two most populous countries on earth could once again clash like they did in 1962 when the two nations fought the short but devastating Sino-Indian war that caused over two thousand casualties in a single month. Fighting in the “roof of the world” was especially bloody as the infantry clashed in a region too remote for aerial or naval support.

Similar to 1962, it appears the Chinese military has roughly three times as many troops in the area compared to India, according to the India Times. The contentious Galwan river region that was a flash-point in 1962 is seeing an increase in heavy vehicles and mobile artillery as both sides stake their claim.

With the Chinese blaming Indian infrastructure construction on its side of the border as the point of escalation, India considers the PLA’s response in building-up troop levels as the cause of tension. US President Donald Trump has offered to act as an intermediary to diffuse tensions, but India and China both expressed confidence in their bilateral channels to avert a direct conflict between the two nuclear states.