The remote Gulf Sultanate regarded Qaboos as an irreplaceable founding father. He died on January 10, 2020 and was succeeded by his 66 year-old cousin, Haitham bin Tariq Al Said. 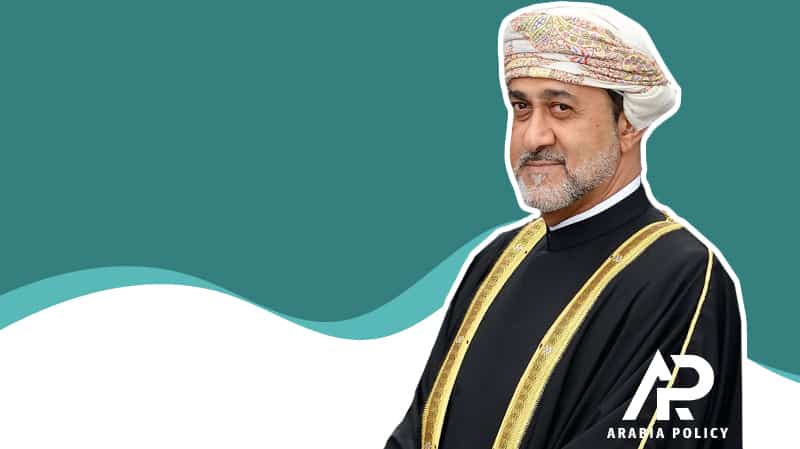 US credit rating agency Standard and Poor’s (S&P) said the move reduced “potential risks and regional interventions” in Oman’s affairs. S&P were also encouraged by the smooth transfer of power and Sultan’s confirmation he would follow his predecessors’ political approach.

Haitham’s first duty as ruler was to eulogize his uncle, after being sworn in on January 11, 2020. The Sultan used the speech to outline his intention to uphold Qaboos’ foreign policy legacy, commitment to sustainable development, and pursuit of economic diversification.

“We shall trace the course of the late Sultan, reaffirming the fundamentals of our country’s foreign policy based on peaceful co-existence with nations, good neighborliness, non- interference in the internal affairs of others, respect for countries’ sovereignty and international cooperation in various spheres,” the new Sultan proclaimed.

Whilst, Sultan Haitham’s intentions to continue his predecessor’s foreign policy legacy and development are clear, little is known about him as a person. The scant information available reveals he is cultured, diplomatic, and may possess the economic aptitude to tackle mounting financial and economic challenges that have turned Oman’s S&P credit rating to ‘junk’ status.

Before ascending to the sultanate, Oxford-educated Haitham served as the minister of heritage and culture from 2002. A career diplomat, Haitham also held several positions in the ministry of foreign affairs from 1986-2002. He is also known to have occasionally chaired cabinet meetings.

Sultan Haitham has no military background. This is a key differentiating feature from his brothers Assad and Shihab, who were also considered strong candidates for the role. However, he is reported to enjoy support amongst the intelligence service, Palace Office and nation’s merchant elite.

An English education, strong ties to the Royal Family and former role as head of the Anglo- Omani society mean he is also well regarded by the United Kingdom, an essential military and political partner.

In a Washington Institute article speculating on Oman’s succession, Gulf specialist Simon Henderson described Haitham as “quieter and less assertive [than half-brother Assad], with a much greater interest in business affairs.”

Henderson added: “He is believed to want the position of sultan,” and now he has it.

Haitham’s economic credentials appear to have set him apart from the other prime candidates. He has headed the Oman Vision 2040 committee, the body responsible for the nation’s economic and social development strategy, since 2013. Furthermore, he has personally invested in media, advertising, telecommunications, tourism, energy services, and construction, according to a 2009 leaked cable from the US Embassy in Muscat.

The new sultan held a 50 percent stake in the company controlling the project and, although, more generous analyses blamed the failure on unsuitable business associates, the disastrous ventures still seriously tarnished Haitham’s reputation.

Exeter University’s Oman expert Mark Valeri is doubtful about Vision 2040 and Haitham’s ability to deliver. “Given this track record and Haitham’s personal history in business, there are reasons to take a circumspect approach towards the Vision 2040 plans, especially since a further structural issue lies in the number of political decision-makers holding business interests,” said Valeri.

Other structural economic issues for Oman include over-reliance on oil revenue, youth unemployment, and high government debt. The new Sultan must draw on all his previous experience to help the transition from oil-reliance to a more diversified economy while avoiding measures that deepen its already sky-high debt and youth unemployment.

Oman’s budget deficit stood at 17 percent of GDP in 2015 but is expected to rise to a whopping 61 percent of GDP in 2020, according to the International Monetary Fund’s figures. Oman also holds the unenviable distinction of having the highest youth unemployment rate in the Gulf, with 49 percent of 15-24 year olds out of work, the World Bank reports.

The Vision 2040 plan identifies four pillars to ensure sustainable development: creating wealth through economic diversification and private sector partnership, ensuring balanced governorates development, preserving environment sustainability and building world-class infrastructure and livable cities. The strategy, however, fails to address the need for more equitable wealth distribution between social classes, and these neo-liberal reforms are likely to deepen the concentration of wealth and power amongst the merchant elite, leaving many young Omani’s disenfranchised.

Qaboos was seen as personally responsible for the outsized role Oman played in regional diplomacy and its internal development. Commentators almost unanimously agree Haitham has big shoes to fill on the international stage, and it remains to be seen whether he will emulate his predecessor by taking such a definitive role in internal and international affairs.

Like Qaboos, Haitham may choose to retain absolute decision making power and an active role in the day-to-day running of Oman. However, according to Gregory Gause, head of the International Affairs Department at Texas A&M University’s Bush School of Government and Public Service, he is just as likely to take the lead of his Gulf counterparts.

Sultan Haitham bin Tariq Al Said faces many challenges. Observers can now only watch and wait to see how he will respond to the challenge of replacing his maverick uncle, and if he can maintain Oman’s trademark independent foreign policy in the face of mounting pressure from neighboring states and serious hurdles to internal development.

Read also: Will Dubai Expo 2020 Have the Economic Impact the UAE Hopes For?