Iran’s Supreme Leader used his annual pro-Palestine speech to say the “cancerous tumour” of Israel should be destroyed, rhetoric decried by Western powers. 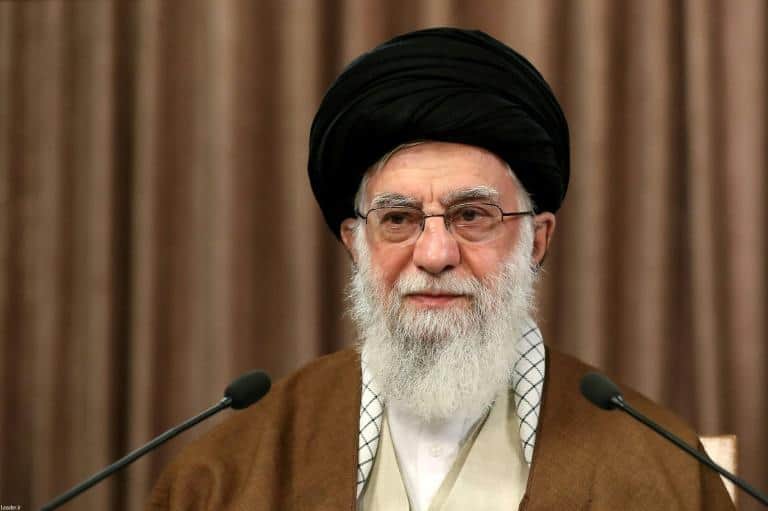 There were no traditional Quds Day marches calling for the “death to Israel” and “death to America” in Tehran this year, but Iran’s Supreme Leader did not miss his opportunity to vehemently call for the destruction of Israel in his first Quds (Jerusalem) Day speech. During Ayatollah Ali Khamenei anti-Israel diatribe, he said the liberation of Palestine is an “Islamic duty.”

“The struggle for the liberation of Palestine is a jihad for the sake of God and a desirable Islamic duty,” he said in the televised address.

“Everyone must fill the hand of the Palestinian fighter and strengthen his back. We will proudly do our best in this way,” Khamenei told his compatriots, publicly acknowledging Iranian arms sales to Palestine.

During the half hour long speech, Khamenei used cancer and coronavirus metaphors to attack the “arch-enemy” Israel.

“The Zionist regime is a deadly, cancerous growth and a detriment to this region. It will undoubtedly be uprooted and destroyed,” he said.

“Undoubtedly, the long-lasting virus of Zionism will not last much longer, and it will be uprooted thanks to the determination, faith and pride of the youth.”

Rhetoric like “destroyed”, and “eradicated,” on top of a cartoon Khamenei tweeted that referred to the ‘final solution’ have drawn criticism from Western powers. Khameini took aim at them too, criticizing the US for its cosy relationship with Israel. The Iranian leader also attacked the West for providing Israel with  “various kinds of military and non-military tools of power, even with atomic weapons.”

“I condemn in the strongest possible terms the call by the Iranian Supreme Leader @khamenei_ir to fight #Israel. This is a threat to international peace and security. The security of Israel is of paramount importance and the EU will stand at its side,” Fontelles said in a tweet.

Quds Day is the brainchild of Ayatollah Ruhollah Khomeini and observed on the last Friday of Ramadan each year. Normally Iranians take to the streets in large marches but the demonstrations could not take place this year due to the novel coronavirus.

Khamenei’s speech comes at a time when Iran-US and Iran-Israel tensions are running particularly high. Iran-backed Lebanese Hezbollah militia operating in Syria and Israeli troops are trading threats and missiles which could push them towards all out war. Meanwhile, the US and Iran continue to trade barbs over sanctions, Gulf naval operations, and the Iran nuclear deal.